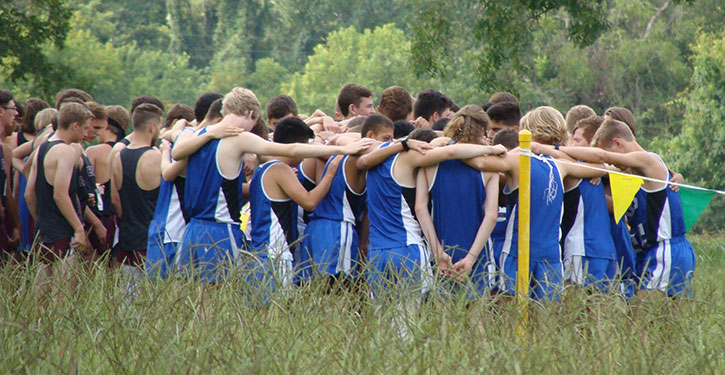 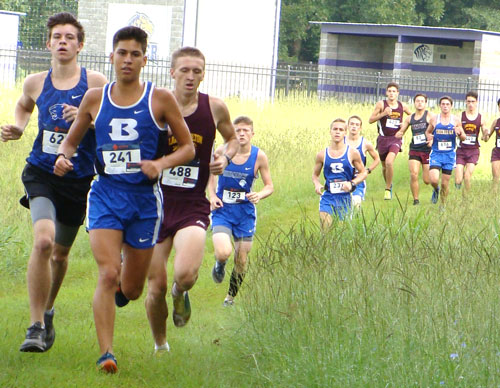 ARKADELPHIA — The Bryant Hornets opened their 2018 cross country season with a runner-up finish at the Ouachita Baptist University Invitational on Saturday. The Hornets scored 40 points to finish behind team champion Lake Hamilton (24 points). 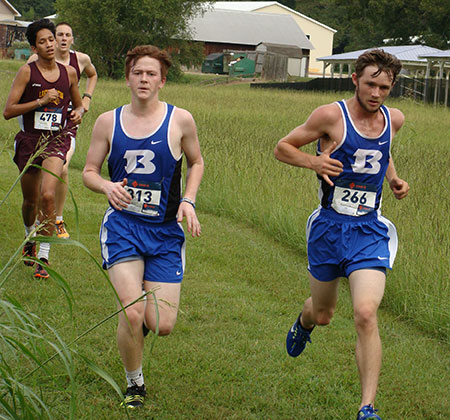 “It was nice to get our first 5k of the season in the books,” said Bryant coach Steve Oury. “The grass was relatively high and very wet, which contributed to times being on the slow side, but I thought we competed well.

“Chris Barrientos looked in control throughout, and Bresner Austin ran a solid race,” he noted. “We had a nice pack with Brack, Hagan Austin, Fowler, Henderson, and Shields. We will just need to close the gap from Bresner back to our pack in the races to come.” 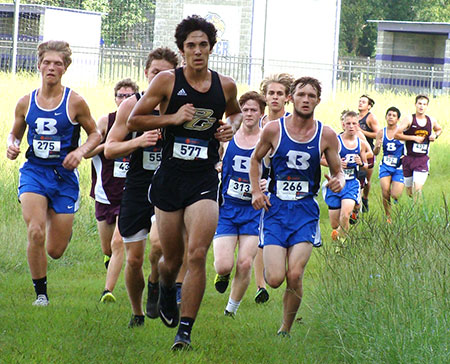 “It’s always hard to know what to expect for the junior high crew early in the season,” Oury said. “Lake Hamilton has a heck of a team, so we will be working to close the gap on them as the season progresses.

“Chris Herrera did a good job up front for us,’ he added. “Next week at the Minuteman Invitational in Little Rock, it will be a much bigger field, so it will be interesting to see how we stack up.”

The Minuteman is held at Western Hills Park on Saturday, Sept. 7. 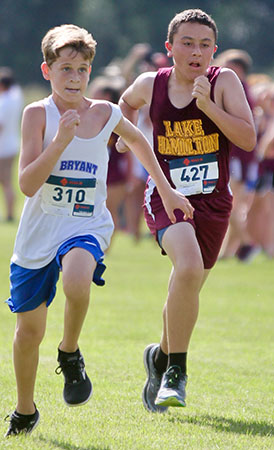 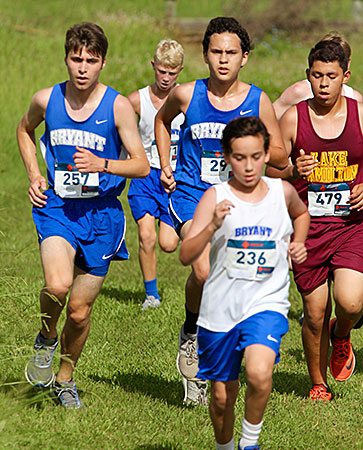 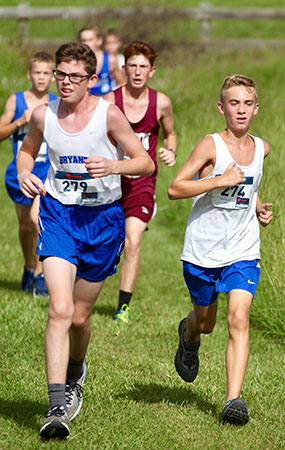 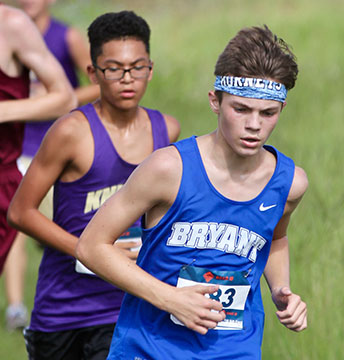 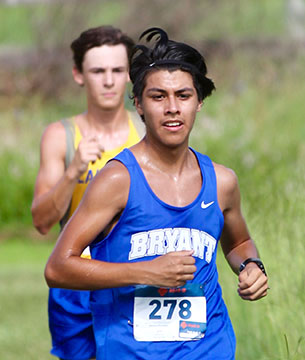