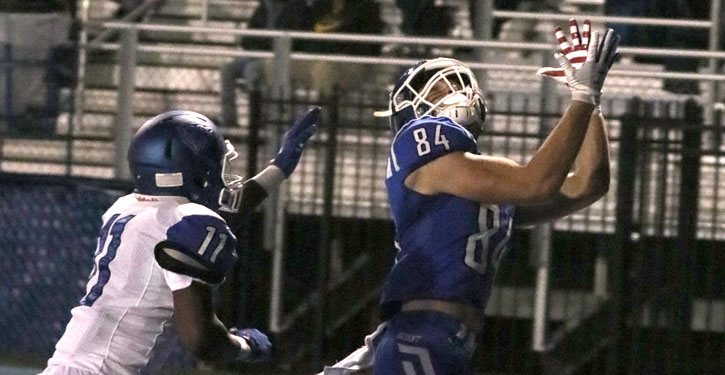 Whether it’s a block, a tackle, a play, a drive, a game or a season, it’s what the best teams do well.

And the best high school team in Arkansas for almost three seasons now has been the Bryant Hornets. They finished 2018 with a Class 7A championship then followed up with an unbeaten season in 2019 that finished with another State title.

This year, they’ve won 12 in a row, extending a winning streak to 29. On Saturday at 12:10 p.m., at War Memorial Stadium, they will try to finish one more time. To make it 13 wins in a row this season, a nice even 30 straight overall, and a third championship.

No doubt, they will be remembered fondly regardless of the outcome on Saturday. But, if they don’t win that 30th in a row, it will taint the memory. And they’ll never get another chance to make it up.

A win would seal this team’s legacy — led by a group of seniors who have won 36 of their 38 games over three years — as one of the best in the history of high school football in Arkansas.

Standing in their way will be an old nemesis, the same school they’ve faced in their previous two title games, the North Little Rock Charging Wildcats, who will be playing in their fifth consecutive final. Of the previous four, they have won just once in 2017. They are no doubt hungry to turn the tables on the Hornets under new head coach J.R. Eldridge.

The Charging Wildcats were the last team to defeat the Hornets. Back on Oct. 26 of 2018, the Cats outlasted the Hornets, 34-28.

It’s a rematch not only of past finals but from the regular season. And the Hornets, under head coach Buck James, have a phenomenal record in rematches. Since losing a rematch with North Little Rock in 2016, Bryant has won all eight of its playoff games that were rematches from earlier in each season.

These Bryant Hornets have been remarkable.

They’ve rewritten much of the Bryant program’s record book with numbers that won’t be fully realized until after Saturday’s game. They’ve done it passing and running; defensively; individually and collectively.

It all starts with the Hornets’ line play. As great as any skill player may be, their opportunity to perform to their talent is unleashed by the offensive line. And the Hornets have a great bunch, led by seniors Jack Powell and Parker Elswick and juniors Will Diggins, Brooks Edmonson and Jason Shifflet.

With that group providing the impetus, the Hornets have already set a record for total offense with 5,917 yards (old record was 5,644 in 2019) with quarterback Austin Ledbetter continuing to rack up individual marks along with receiver Hayden Schrader and running back Tanner Anderson and Jamarrien Bracey.

“Our offensive line has been the cornerstone of our offense, for sure,” acknowledged Hornets head coach Buck James. “They’re always unsung heroes. They’re always the guys who don’t get their name in the paper. But those five guys — really those 10 guys — have done a phenomenal job.”

“They’re an interesting group of guys,” James continued. “They’re unselfish. You know, a couple of them could be really good defensive players. Yet they wanted to be on the offensive side of the ball and to do their jobs there. They’re big and strong. They’re tough and tenacious.

“It’s where it starts, in the trenches,” he asserted. “It’s why they say, ‘hit the line,’ you know? The line of scrimmage is vital.

“Those guys probably haven’t received the accolades they deserve but our coaches and our team and, I think, our community understands what they’ve been able to do.”

The most recent defensive record broken is for sacks in a season. The old record was 45 set just last year, which broke the record set in 2018. This year, the Hornets have over 50. No one individual is close to the individual record of 15 set by Nate Wallace in 2018 — Rodricho Martin leads with eight — but 20 different players have had at least one sack.

“Our linebackers have got to play well this week,” he mentioned. “When they’ve got a fit and they tackle, those guys — this is probably the biggest game they’ll ever play in. Our d-backs are going to have to compete against every pass thrown. They’re going to be covering speed.

“That’s why it’s such a great game,” James declared.

Taking a broader view, the coach reflected on the things that have made the Bryant Hornets a championship juggernaut.