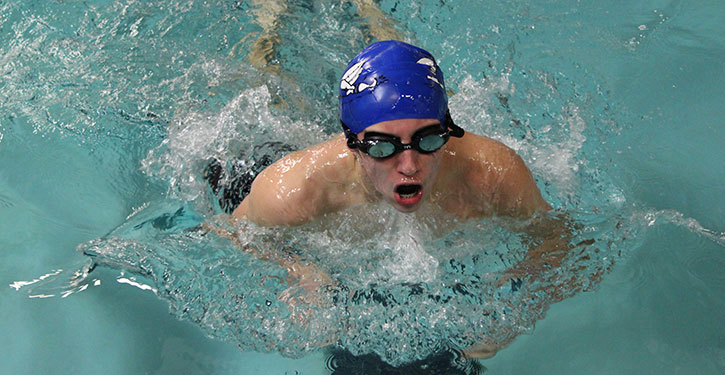 The Conway Wampus Cats’ depth and talent was on display once again at the Old South’s Last Chance swimming and diving meet on Thursday, held at the Bishop Park Aquatic Center.

The Cats amassed 615 points to swamp the 11-team field. Bryant, shorthanded because of injury and illness, was third with 224 points. Magnolia was second with 252.

Bryant will compete in the District meet at UALR on Thursday, Feb. 13.

The Hornets’ top finishes at the Old South was third. Samuel Vinson recorded the only individual third-place finish in the 100-yard backstroke. He touched in 1:00.81 with Tyler Peters taking seventh in 1:09.38 and Chapman Redam 15th in 1:30.32.

Both the 200-yard freestyle relay team and the 200-yard medley relay team produced third-place points. In the former, Aidan Shaw, Cameron Loftis, Vinson and Jalen Dinstbier turned in a 1:40.17. In the latter, the same quartet in a different order, clocked in at 1:50.86.

In the 400 freestyle relay, Eli Matthews, Miller, Redam and Peters combined on a 4:23.65 to finish seventh.