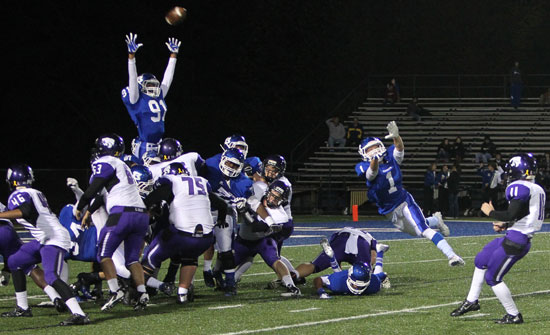 Hornets try to make the best of bye week

The Bryant Hornets football team finds itself in the unique position of not playing tonight despite the Class 7A playoffs getting started elsewhere around the state. And it’s not because their season is over. 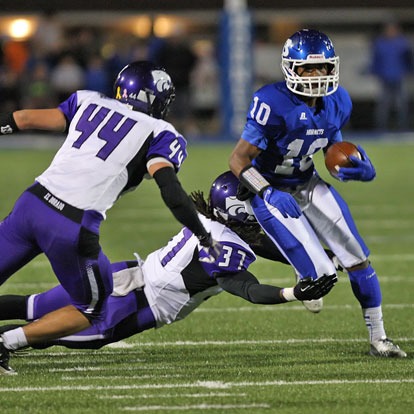 The 7A/6A-South Conference champion Hornets earned a first-round bye with that title, going 6-1 in the league. It’s a first for a Bryant team to have a bye.

They’ll be awaiting the winner of the first-round game as Rogers Heritage visits North Little Rock tonight. The winner comes to Bryant on Friday, Nov. 22.

Hornets head coach Paul Calley made some calls to colleagues around the state who had dealt with a bye before to get an idea of how to handle the open week.

“I talked to several people,” he related. “They said the main thing is, because the kids know they don’t have a game, they’re not as focused in practice. We’ve seen that. It’s a lot more fun, giddy even. And make sure you don’t practice so much that it feels like punishment for getting a bye.

“We’ve been trying to be productive without being too overbearing and making it too hard,” the coach added. “There’s a lot of things that go into the decision-making process. Our number one priority was trying to get people back healthy that we’d lost and just trying to keep them sharp.”

Most of those banged up in recent weeks have been on the defensive side of the ball.

“We’ve had (defensive end) Austin May out of practice,” he reported. “(Defensive end Colton) Burton’s been able to go. Both of those guys were banged up Friday night. (Defensive tackle) Cameron Murray seems to be getting better.

“Offensively, we weren’t in too bad a shape as far as injuries go, just dinged up,” Calley said. “(Running back) Brendon (Young) still can’t go. He’s going to physical therapy, trying to get his leg better but I don’t know if he’ll be available. He’s been out five weeks.”

In detailing the team’s work week, the coach said, “Monday, we watched film and recuperated. We lifted weights and we ran. Tuesday, Wednesday, Thursday, we went eight team periods, eight periods individual then worked in some special teams before going team (scrimmaging) at the end for about 20, 25 minutes then lifting weights. Basically, fundamentals and just polishing up some things, ball-security drills, things like that. Defensively, we worked on lining up in different formations, tackling and ball drills.”

Calley and his coaches were headed to North Little Rock to scout their potential opponents tonight.