CABOT — The Bryant Hornets swim team won five events at the Cabot Winter Invitational on Thursday but Bryant’s team total of 467 points wasn’t quite enough to topple the home team, which won with 575 points in a 10-team event. Pocahontas was a distant third with 177 points.

Cabot’s depth carried it through. The Panthers won four events along the way.

Michael Higgs accounted for two of Bryant’s victories, pacing the field in the 200-yard individual medley with a time of 2:04.47 and the 100-yard freestyle with a time of 50.69 with teammate Jacob Eubanks second in 54.78.

The meet also allowed teams to enter multiple teams in the relays so the Hornets picked up additional points in each.

December 10 in Bryant athletic history: 2004
Bryant goes for over 90 points in rare rout of Maumelle 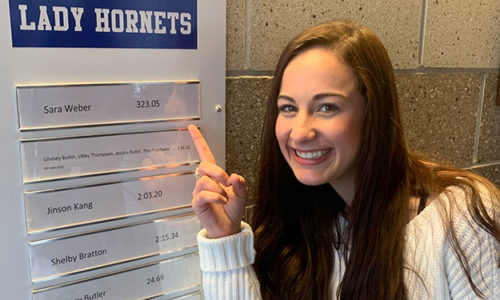