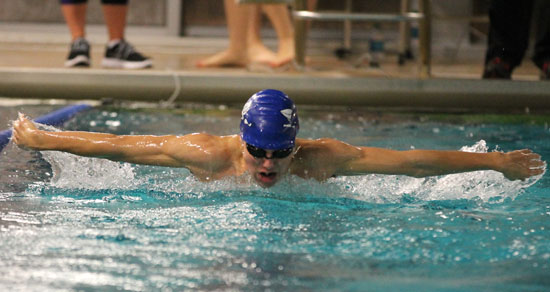 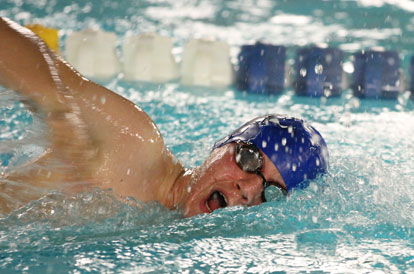 The Benton Invitational swim meet held at the Bishop Park Aquatic Center on Tuesday wound up being a duel between the Conway Wampus Cats and the Bryant Hornets. The 10-team field was paced by Conway with 405 points with Bryant at 374. After that, Magnolia was a distant third with 249 followed by Benton (163), El Dorado (162), Little Rock Parkview (129), Little Rock Christian (70), Hot Springs (65), Lonoke (58) and Lake Hamilton (1). 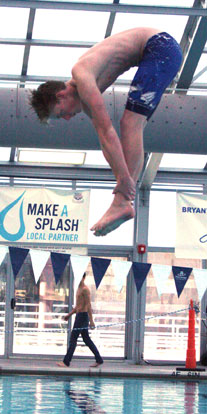 Reep and Rhode joined Fonzee Bittle and James Dellorto in the 400 freestyle relay. Their 4:03.57 was good for one of the seconds. In the 200 medley relay, Ray Weldon, Reep, Dellorto and Andrew Ball combined on a 1:52.23 to take second.

The Hornets are set to wrap up the regular season with a meet at UALR on Saturday. They’ll host the South District championship meet on Feb. 14. 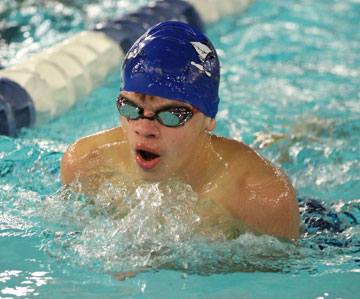 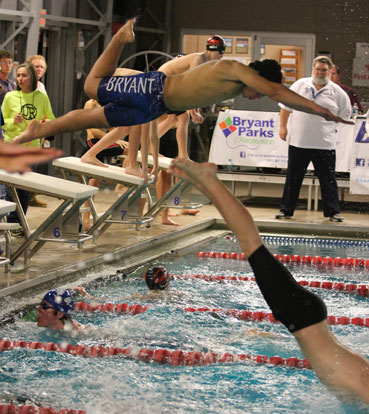 Fonzee Bittle dives in to start his leg of a relay. (Photo courtesy of Jamie Hester) 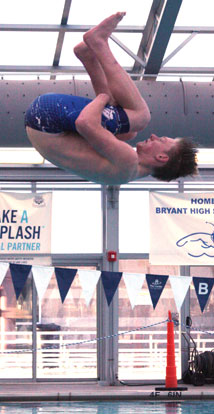 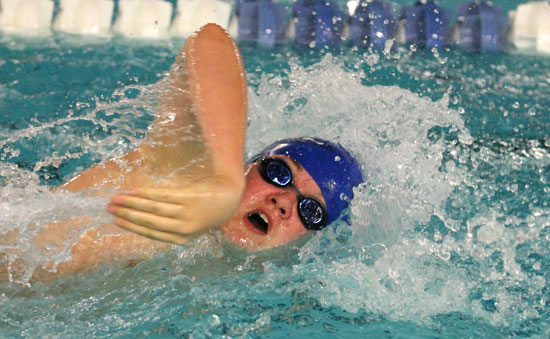