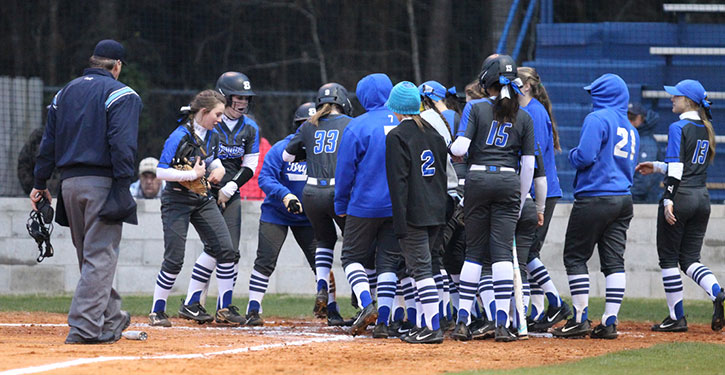 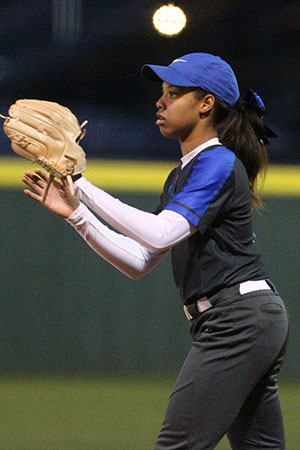 Gianni Hulett faced one over the minimum and slugged a home run as part of a 17-hit barrage by the Bryant Lady Hornets who overwhelmed the Fort Smith Northside Lady Bears, 15-0 in four innings Tuesday night.

Hulett struck out six and the lone base-runner against her came in the third inning when, with one out, she hit a batter with a delivery. Up to that point, she had set down seven in a row. She then proceeded to retire the next five.

The Lady Hornets jumped out to a 6-0 lead in the first inning. Regan Ryan reached base on an error, stole second and went to third on Hulett’s grounder to short, beating a throw to the third baseman. Hulett advanced on a wild pitch then Madison Lyles picked up an RBI with a groundout. 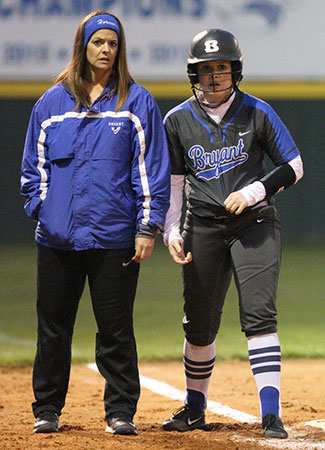 An error allowed Hulett to score then Evans drilled a double. Jaramillo’s bloop single to right got Evans home to make it 3-0 with Jaramillo taking second on the late throw home. After she advanced to third on a wild pitch, she scored on a single by Chism.

Trammell’s double chased in Chism then Loveless made it 6-0 with a double to left.

After Hulett struck out the side in the second, she led off the home half with a liner over the fence in center. An out later, Evans singled and stole second. Jaramillo’s fly to center allowed Evans to take and made third before Chism stroked a two-run bomb to right.

The inning continued with Trammell reaching base when her fly to right was misplayed. Loveless singled her home to make it 10-0.

The Lady Hornets made a bid to end it in the bottom of the third, on the 15-after-3 run rule. Bowers cracked a one-out double to left center then Evans traded places with her with a gapper to the fence. Jaramillo made it three doubles in a row and it was 12-0. 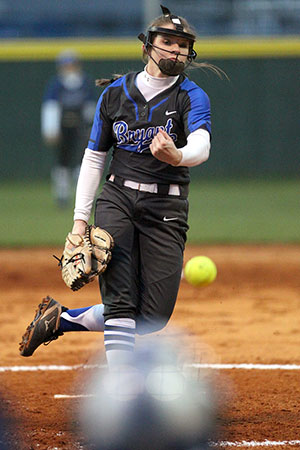 With two down, Trammell shot one down the right-field line and legged out a triple as Jaramillo came in with the 13th run.

The run-rule had to wait until the fourth but no longer. Stephens lashed a double to left-center to open the inning. She stole third and scored on Ryan’s roller to the pitcher.

With two away, Bowers laced a double to right, took third on a wild pitch and scored on Evans’ fourth knock, a single to left.

The game was the 7A-Central Conference opener for both teams. The Lady Hornets improved to 6-1 overall. Their next league game is Friday against Mount St. Mary Academy at Sherwood. They’ll head out Saturday to the Gulf Coast Classic in Gulf Shores, Miss., during spring break.