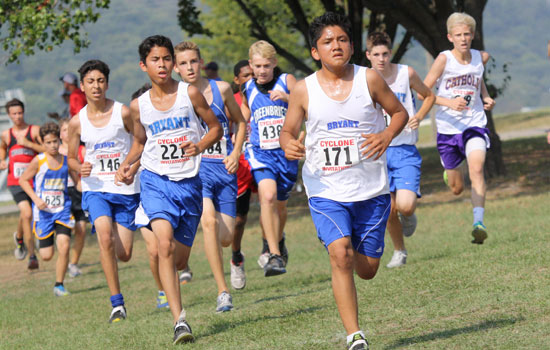 RUSSELLVILLE — The Bryant Junior Hornets continued their dominating ways Saturday at the Russellville Cyclone Invitational. The team scored a total of 43 points to take the championship by a whopping 81 points over second place Russellville (124 points). 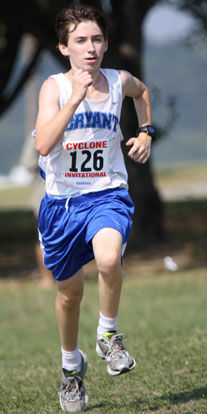 “We went out and took care of business from the start,” noted Hornets coach Steve Oury. “In years past, we have struggled to get out to a good start up the hill on this course, but this year we got off to a great start and maintained control throughout the race.

“While Shannon Zamora had another good race, it was nice to see Carson Cato and John Carder step up,” he added. “Jhorman Cruz was running his first two-mile race of the season and did a great job with a top 10 finish.

“Coach Deanna Porter at Bryant Middle and Coach Kayla White at Bethel continue to have their boys ready to run each week, and the freshmen have been doing a great job as well,” Oury concluded.

Next up for the Bryant Cross Country program is the Chile Pepper Invitational in Fayetteville next Saturday. 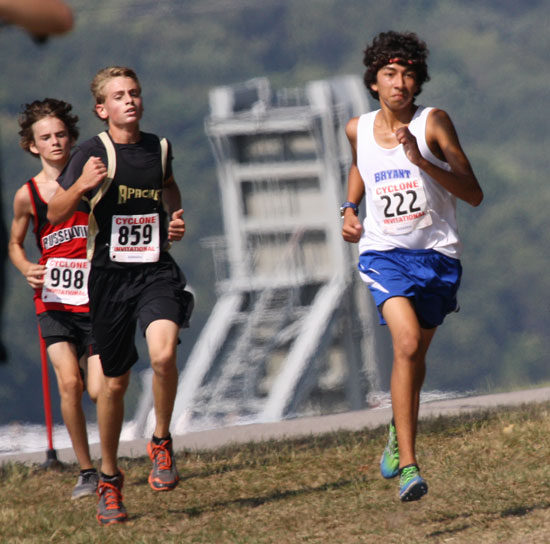