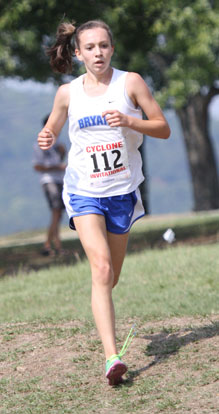 Wilson stayed in second behind Ali Jones of Heber Springs for most of the race.  With a strong surge in the last 50 meters, she passed Jones and took the victory by a mere two seconds.  Wilson’s time was 13:38 with Jones taking second in 13:40.

“Sydney did a great job of not giving up and tracking down the girl from Heber Springs in the last few meters of the race,” noted Lady Hornets coach Danny Westbrook. “She ran a great race.”

Bryant freshman Rachel Curtis also received a top 20 medal by taking 19th with a time of 14:40. 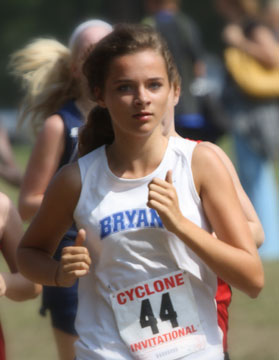 “I thought as a team we ran better today, but we still have some huge time gaps between our scoring runners that we have to correct in order to be in contention for a team title,” Westbrook commented.

Next up for the Bryant Cross Country program is the Chile Pepper Invitational in Fayetteville next Saturday.