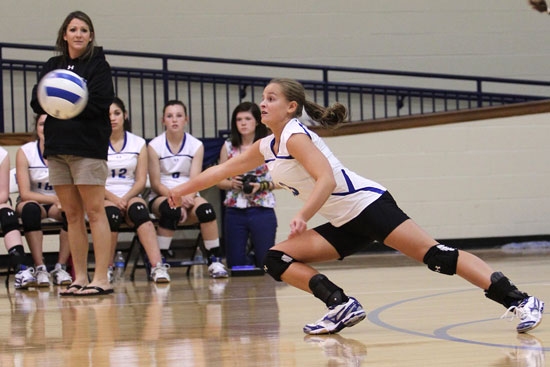 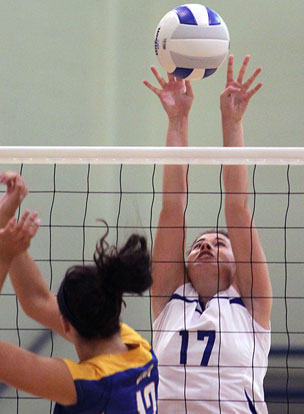 The Lady Hornets were coming off their best performance of the season last Thursday in a win over the rival Benton Lady Panthers.

“It wasn’t quite the showing that we had against Benton,” said Lady Hornets coach Julie Long. “The girls played up and down all game and we just couldn’t get on a roll. They didn’t play consistent the entire way through.

“At one point we were down 19-8 and the girls fought back the second game,” she noted. “However, we are working on being more consistent from one game to the next. We are going to work on coverage and try to get a turnaround from North Little Rock to Cabot South on Thursday.”

Against North Little Rock, Alex Dillard had four kills and Riley Hill three. Reagan Blend pitched in with one as well.

Sarah Kennedy served up four aces with just one error in 17 serves. Dillard was good on all six of her serves. Kennedy also came up with six digs. Delaina Brown, Ti Foote, Dillard and Blend contributed three digs each. 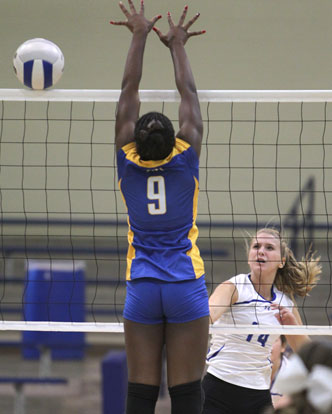 Bryant’s Riley Hill (14) gets a hit past a North LIttle Rock blocker. (Photo by Rick Nation)