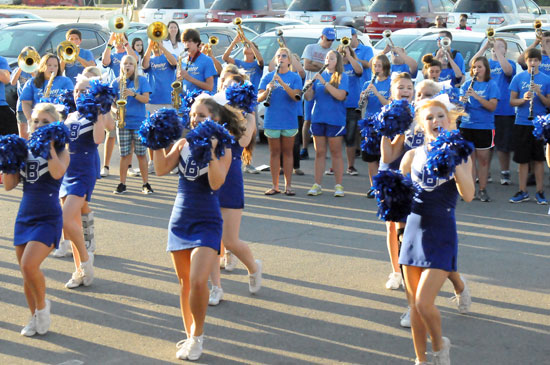 A community pep rally featuring the Bryant cheer and dance teams, along with the Legacy of Bryant marching band, the players and coaches was held Tuesday night at Everett Buick GMC in advance of the 14th annual Salt Bowl football game between the Hornets and the rival Benton Panthers. 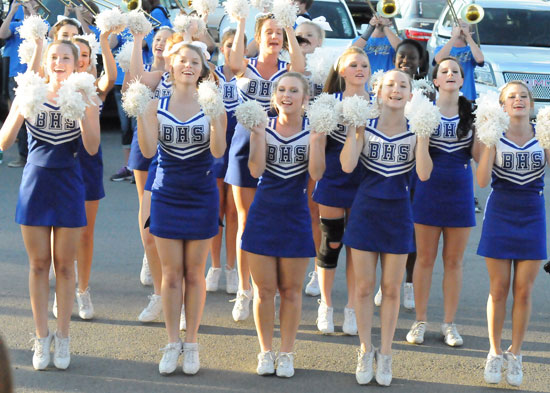 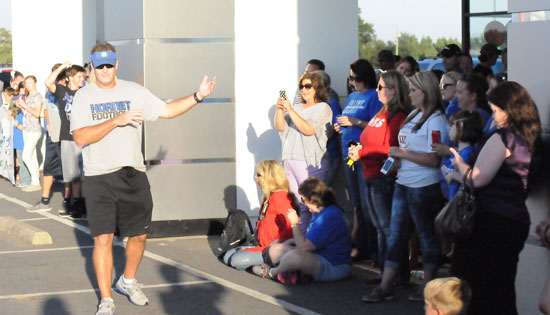 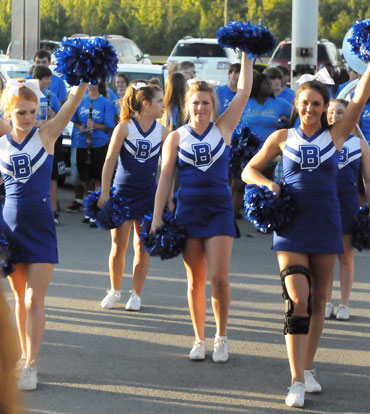 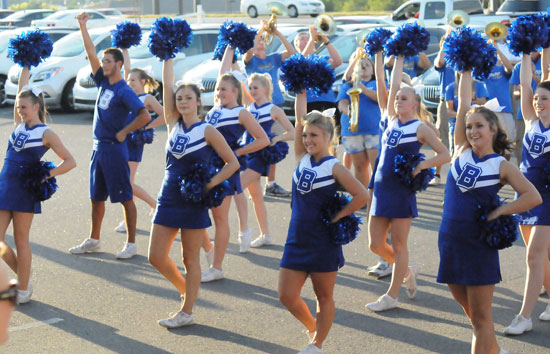