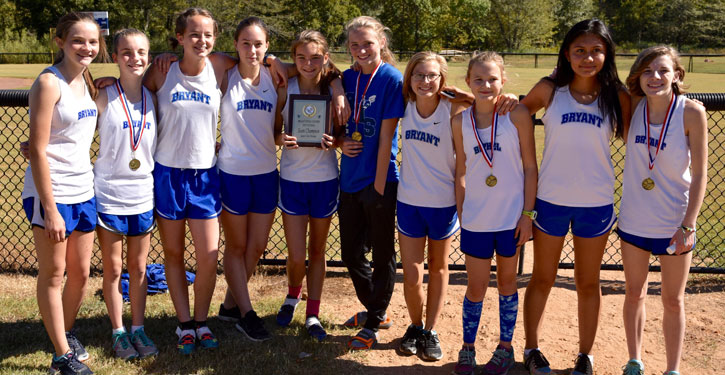 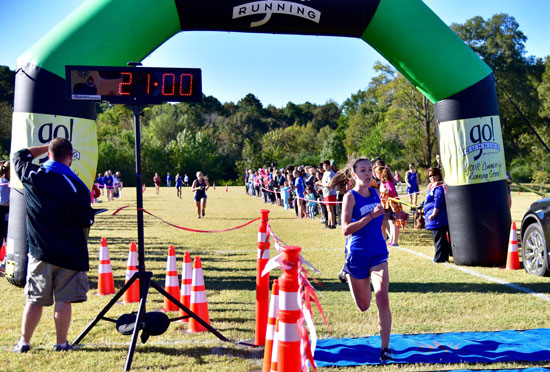 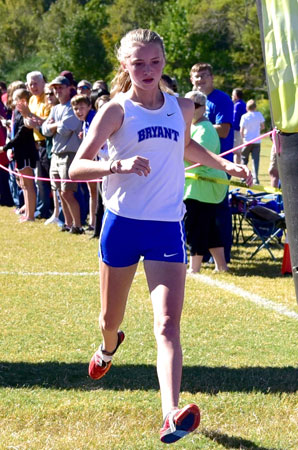 “We are still working to get this year pieced back together after the disappointing start with the Minuteman 5K,” said Lady Hornets coach Keith Dale. “I feel we are on track and have made great improvements this season. Every single girl on the team had a season’s best time Saturday with Emilie Gallegos, Noemy Sotelo, Haley Mitchell, and Kaleigh Thomas dropping 4-8 minutes. I couldn’t be more proud of them and how hard they have been working the past month.”

Bryant’s teams will compete at the Conway Invitational at Lake Beaverfork next Saturday.

The Junior Lady Hornets showed up with victory in their eyes. There were large swarms of hornets crossing the finish line in large packs as the Bryant won the junior girls division with 49 points. Hot Springs Lakeside was second with 67 points. 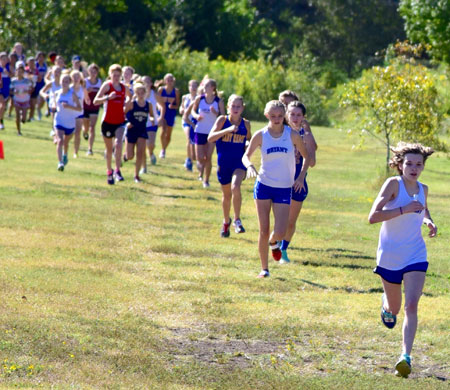 “This season, we have been emphasizing pack running and that mindset has paid of for these dedicated runners,” Dale said. “With all of our top seven runners finishing in the top 20, it pays off. 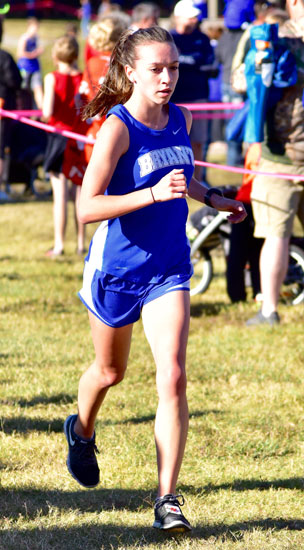 The coach added, “It takes a large group of people to put a cross country meet on. Our parents are so willing to help in any way possible to make this meet the success that it was. If It wasn’t for them, the meet would not have gone as smooth or as efficiently as it did. For this I would like to thank everyone that helped Saturday morning.” 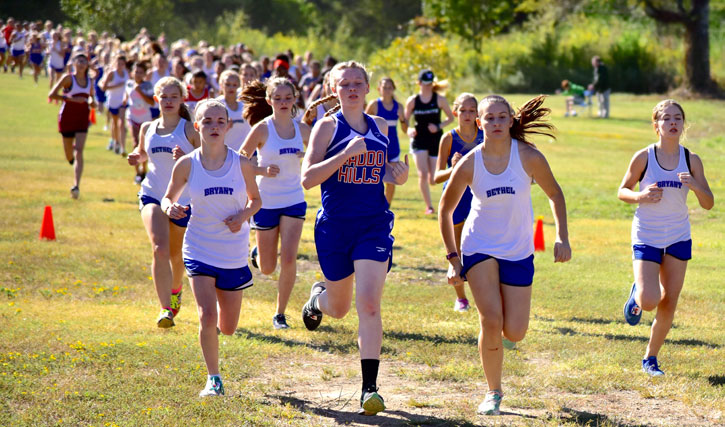