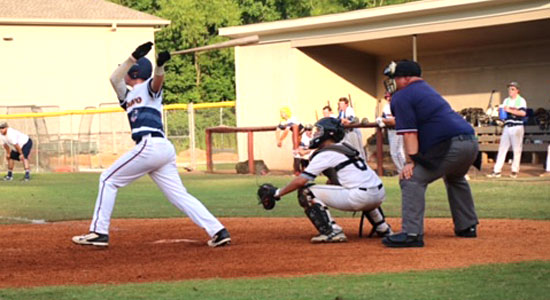 MEMPHIS — An eight-run fifth by the Bryant Black Sox Junior American Legion team turned a 3-2 deficit to Team Colorado (Arnold) into a 10-3 advantage Sunday. Colorado rallied in the top of the seventh but the Sox held on for a 10-8 win to conclude pool play in the 16U division. 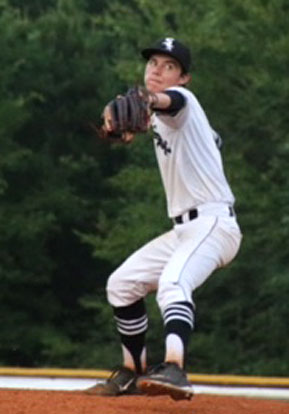 The Sox, now 18-10 overall, tied the St. Louis Gamers and Extreme Elite at 3-1 in the pool. A tiebreaker will determine seeding for bracket play, which begins on Monday.

Starter Myers Buck picked up the win on the mound working into the seventh. He gave up just three hits but was hit for five runs, just two earned, as the Sox committed four errors. He walked five and fanned five.

Logan Catton relieved in the seventh and eventually got the last three outs. He forced Colorado to strand the potential tying runs at second and third.

Team Colorado threatened to score in the top of the first. Ben Muscatello drew a walk and stole second. Jack Wilmer singled him to third but Buck picked off Muscatello to take the starch out of the uprising.

Despite Austin Berry reaching on an error to extend the inning, Buck got Jack Liscowy to fly to Jacob Wright in left to escape.

The Sox took a 1-0 lead in the home half. Wright walked and took second on Catton’s sacrifice bunt. With two down, Hoover parachuted in a single to shallow right to plate the run.

Team Colorado took the lead in the second with three runs. A pair of walks and a throwing error produced the first tally. Buck fanned the next two but Muscatello singled to make it 3-1.

The Sox cut into the margin in the bottom of the third. Again, a walk to Wright got things started. Groundouts by Catton and Coby Greiner got him to third. Hoover then came through in the clutch with an RBI single to left.

Buck waded through the Colorado batters 1-2-3 in the top of the fourth as part of a stretch in which he retired eight in succession and 13 of 14. 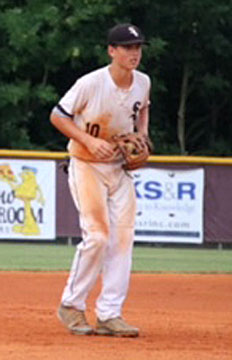 The Sox made a bid to tie in the bottom of the fourth when they loaded the bases with no one out. Prince beat out an infield hit. With Connor Klontz at the plate looking to sacrifice, pitcher Jake Hansen unleashed a wild pitch to allow Prince to reach second. Clontz walked then Ryan Lessenberry got a sacrifice bunt down and beat the throw to first for a hit.

In the top of the fifth, Colorado managed a base-runner via a one-out error but the next two batters were retired with the third out coming on strikes.

Bryant’s game-breaking home fifth commenced with Coby Greiner drilling a double to left. A pair of wild pitches allowed him to come around to score, making it 3-3.

Hoover walked to get it revved up again. Chambers bunted and legged out a hit. Prince did the same to load the bases. Clontz greeted a new pitcher with an RBI single to put the Sox ahead.

Lessenberry picked up an RBI with a grounder to short. With two down, Wright bunted for an RBI hit and Catton ripped a single to left, making it 7-3. And when a throw to the plate got away, Wright cruised home. Catton took second then scored when Greiner’s grounder to third was misplayed.

Greiner, who took second on the miscue, stole third and scored when strike three to Hoover got past the Colorado catcher.

Buck was breezing through the sixth but, in the top of the seventh, he issued walks to Tim Wink and Caleb Elguren. Catton relieved but was greeted by singles from Jake Sansing and Cody Maupin.

With a run in and no one out, Muscatello plated a run with a sacrifice fly. A walk to Cade Kleckner loaded the bases. Wilmer was hit by a pitch to force in a run then an error on a grounder to short made it 10-7.

Jack Lisowy’s sacrifice fly made it a two-run game as the other runners moved into scoring position but Evan Mason popped to Clontz at short to end the rally and the game.

Special thanks to J’Ann Boyd