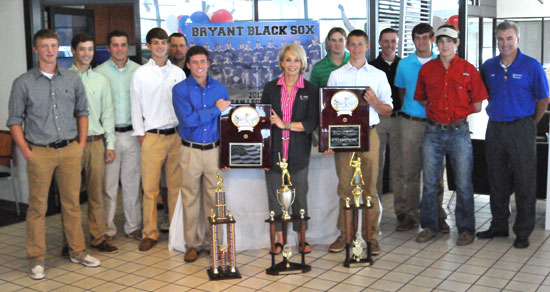 Members of the Bryant Black Sox Junior American Legion baseball team present a banner and the trophies they earned during the 2013 season to team sponsor Everett Buick GMC. Accepting on behalf of the behalf of the business is Susie Everett. The Sox won the 17-and-uner Regional tournament, State Tournament, District Tournament and the Battle of Omaha posting a 40-2 record. (Photo by Kevin Nagle) 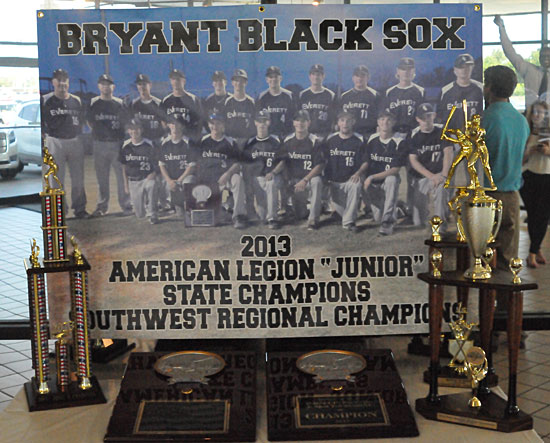