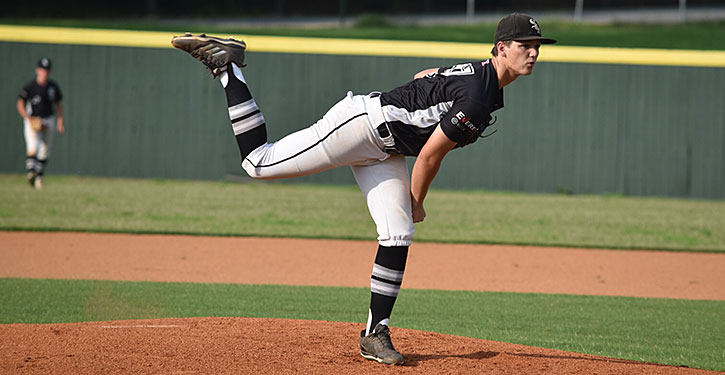 When the Fort Smith Sportman Senior American Legion team arrived in Bryant for their doubleheader against the Black Sox Senior squad, and if they found out that five or six starters for the Sox were absent due to a high school senior trip, it could be they expected an easier road to victory.

The holes were filled by members of the same 9-1 Junior Sox team that just wrapped up an unbeaten run through the Five Tool Showcase Tournament, a salty group.

And they may have surprised the Fort Smith team in the first game, claiming a 10-3 victory behind the pitching of Brayden Lester and Peyton Dillon.

“We played really good,” said Sox manager Darren Hurt. “The young guys that won the tournament this weekend, they came up and, I mean, they looked really good. The future’s bright, I’ll tell you that. There’s some guys that really helped.”

In the second game, Bryant right-hander Christian Motes was golden for the first time through the lineup before Fort Smith took advantage of some breaks with some lusty hitting from the top of the lineup. Gabe Fennell of Booneville tossed a three-hit shutout over five innings but not without trouble. Bryant stranded 10 base-runners in those five frames in a 10-0 loss.

“I thought (Motes) threw really good,” he added. “They were hitting it, but we’ve got to make plays. We just didn’t do it.”

The Senior Sox were scheduled to play in Morrilton tonight but that twinbill has been cancelled. In addition, a tournament at Arkansas Tech in Russellville starting Friday has been called off.

Meanwhile, the Junior team is scheduled for a tournament in Sheridan starting tonight at 5:30 p.m., weather permitting, against Jacksonville.

The Sox hammered out 10 hits including two each by Noah Davis, Ryan Riggs and Cade Drennan. It was a three RBI game for Drennan. Riggs knocked in two as did Gage Stark.

Lester picked up the win with five innings of work on the bump. He scattered seven hits and walked three but forced Sportsman to strand eight in those five stanzas.

Dillon took over in the sixth and wove his way in and out of trouble. An error in the sixth complicated things but Drennan, the Sox catcher, threw the runner, Fennell, out as he tried to steal second. Blaine Sears then made an impressive catch in deep left to rob Landrey Wilkerson of extra bases.

In the seventh, Riggs made a diving stab of a liner to his right at second. Fort Smith then loaded the bases on a single by Ryan Daggs, a two-out walk to Braiden Partin and a hit batsman (Breck Burris). Colton McBride followed with a shot towards the gap in left center only to have Lawson Speer sprint over and haul it down for the final out of the game.

The Sox spotted Sportsman a 2-0 lead in the second inning. Dakota Peters and Partin cracked consecutive doubles. After Burris walked, Evan Jones sacrificed Partin to third and Fennell delivered the run with a sacrifice fly.

In the third, Pacyn Reams singled and Daggs walked but Lester escaped by retiring the next two.

The Sox then took a 4-2 lead in the bottom of the third. Sears cracked a single to right-center to ignite the uprising. With one out, Davis yanked a single to left. Drennan broke the ice with a double to left-center that chased both runs home.

The inning continued with Dillon beating out an infield hit. He stole second and, after Stark was robbed of a hit, Riggs pulled one down the right-field line. Drennan and Dillon scored.

Fort Smith then proceeded to load the bases with no one out and that two-run lead became a precarious one. Burris singled, Jones walked, and Fennell singled to fill them up with the top of the batting order coming around.

But Lester got Wilkerson to pop to short. Reams delivered a run with a sacrifice fly to center. Colton Sagely fouled out to Will Hathcote at first to retire the side with the Sox still ahead, 4-3.

In the fifth, two-out singles by Partin and Burris went for naught and Fort Smith starter Landen Chaffin worked around a one-out walk to Stark.

In the home seventh, however, the Sox took advantage of consecutive walks to Cade Parker, Sears and Speer to start the inning as Jones struggled after taking over for Chaffin.

With one out, Drennan singled to right to make it 5-3. A walk to Dillon loaded forced in a second run and led to a pitching change.

Daggs relieved and was greeted by Stark’s two-run single to right. Riggs slapped a hit to left to fill the sacks again. Lester walked to pick up an RBI then Logan White grounded into a force at third, driving in the final run.

The top four in the Sportsman lineup combined to go 8 of 15 with eight runs scored and nine RBIs. Daggs doubled in two and belted a two-run homer.

Motes, in his first appearance on the mound this summer, pitched around an error in the first and around a hit batsman in the second. Davis helped with a fine defensive play in the opening frame then Riggs, catching the game, made a diving catch of a foul ball near the screen.

In the third, Motes got the first out on a comebacker before Burris singled and Wilkerson doubled. With two out, the game was still scoreless but Daggs doubled down the left-field line to drive in the first two. An error on a grounder by Reams made it 3-0.

Meanwhile, the Sox had runners in scoring position in every inning. In the first, Speer walked, took second on a wild pitch and third when Dillon drilled a single to left-center. The throw home wasn’t cut off, so Dillon advanced to second.

But Fennell and his team got out of the jam. They also escaped in the second when Konnor Clontz singled and Sears drew a one-out walk.

After Fort Smith took the lead in the top of the third, the Sox loaded the bases. Davis walked and Drennan reached on an error. A wild pitch moved them to second and third as Stark drew a one-out walk. But a strikeout and a pop up on the infield squelched the threat.

Fort Smith then scored six times in the fourth. Four singles, including an infield hit and a bunt, produced a run to make it 4-0. On an 0-2 count, Sagely then cleared the bases with a triple to center that fell in when Speer misjudged it and took a step or two in before going back.

Daggs and Motes battled to a 3-2 count and, after fouling off a tough pitch, the hitting unloaded, and it was 9-0.

Tyler Bates relieved for the Sox and got out of the inning with a tap to first and a strikeout.

In Bryant’s fourth, Sears reached on an error and, with one out, Speer singled. Davis followed with a fly to deep center. Sears tagged and went to third, but Fort Smith appealed, saying that Sears had left too soon and he was called out to end the inning.

Hurt, knowing Sears’ speed was enough that he didn’t have to leave early, protested but to no avail.

Fort Smith got the 10th run in the top of the fifth. Sagely singled in the run after a hit batsman and a walk had set the table.

The Sox’ frustrations continued. Drennan walked and Dillon and Stark each flew to center, Riggs reached on an error. Clontz made a bid for a hit but his liner was tracked down by Sagely, sprinting over from left. 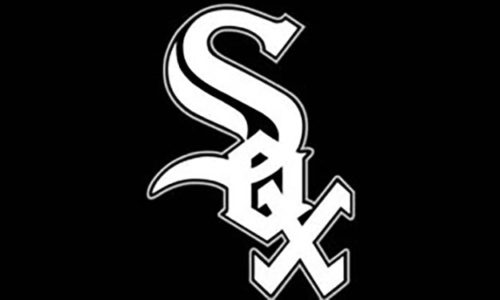