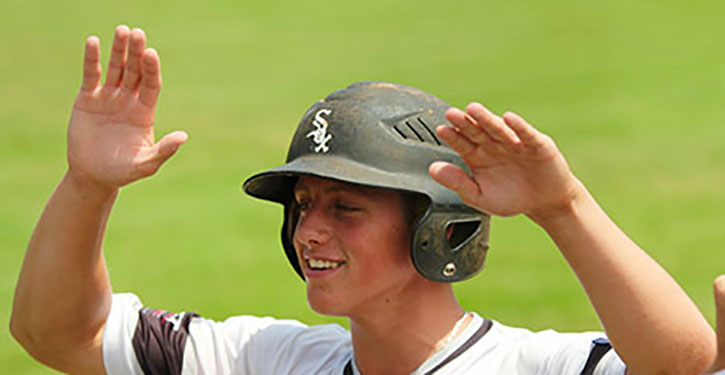 FORT SMITH – It was no secret that UAFS right fielder Logan Allen likely would be drafted at some point during this week’s three-day Major League Baseball First-Year Player Draft.

Allen, who just finished his junior season with the Lions, had attracted interest during the spring from the Tampa Bay Rays and Kansas City Royals. Exactly when and where he would be drafted was still anybody’s guess going into the draft.

Mid-morning on Wednesday, Allen got a phone call from the Rays scout who had been tracking his performance all spring. He asked Allen if he was watching the draft. Allen told him he wasn’t and asked if he should be.

Seconds later, Allen watched as his named appeared, and suddenly, his lifelong dream of playing professional baseball was a reality.

The Rays selected Allen with the 428th overall pick in the 14th round. The Bryant native was the eighth player from Arkansas selected in the draft and the first from a NCAA Division II program.

“My phone is blowing up,” said Allen, moments after being selected by the Rays. “This is a dream come true.”

Allen is the first UAFS player during the NCAA Division II era to be drafted, and he is the eighth player overall to be drafted during Holland’s five-year career as a collegiate head coach.

“That’s great for him and great for our program,” UAFS coach Todd Holland said. “Some people say that DII players don’t get drafted, but this just shows you that if you put in the hard work that it pays off.”

Allen graduated from UAFS this past May with a Bachelor’s Degree in Business and Finance, and even though he has one season of eligibility remaining, he said he will forego his senior season and sign with the Rays in the coming days.

“I’m not sure how all that works, but they said they would be in contact with me in the next few days,” Allen said. “(The scout) told me to just enjoy a few days.”

Allen started every game he played (36) this past season but missed 10 games after suffering a nearly season-ending eye injury in his last at-bat in the Lions’ 7-3 nonconference loss to Newman in the final game of the three-game series on March 2 at Crowder Field. 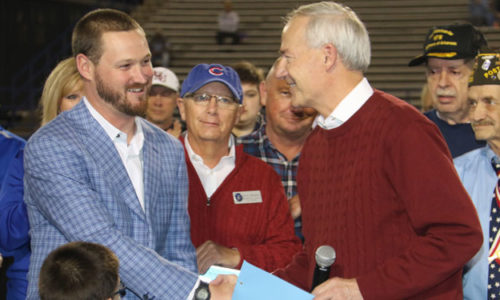