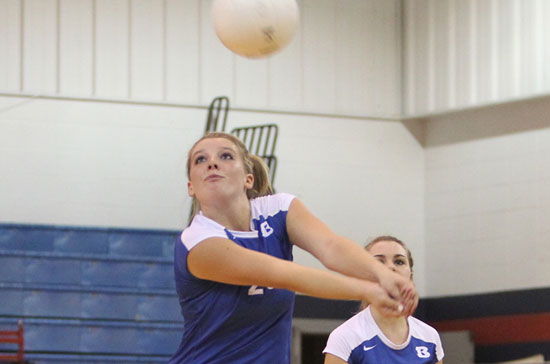 LITTLE ROCK — Bryant Lady Hornets head volleyball coach Beth Solomon gave her second team a chance to log some varsity time Tuesday night against the fledgling Arkansas Baptist Lady Eagles program. And they served for a whopping 34 aces including 10 from Savannah Shelton and nine for Madison Greeno in a three-game sweep, 25-7, 25-6, 25-5. 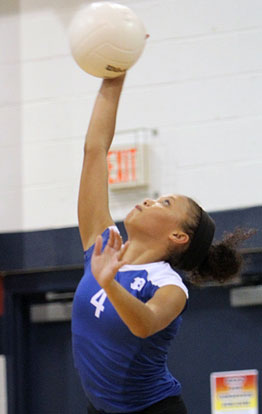 “The girls had a good night,” Solomon said. “They played consistently for the most part and worked hard to not play down. Overall, we had a great night of serving and we were talking well.”

Skylar Harper and Mariah Aguilar contributed five aces apiece with Harper getting all of her serves in without an error. Rylee Phillips had three aces and Kaci Squires two.

At the net, Dejai Kelley led the way with four kills. Phillips had three while Aguilar, Harper and Emily Henson pitched in with two apiece. Shelton assisted 10 times.

“Arkansas Baptist is only in their second year of having a volleyball program and they’re getting better,” Solomon said. “Tonight the girls had to be ready for anything to come back over the net. We had a few blooper balls that we weren’t ready for that scored easy points for them but we regrouped and kept it together for a successful night.”

The Lady Hornets are set to return to 7A/6A-South Conference play on Thursday at home against Little Rock J.A. Fair before heading to Russellville on Saturday for the fifth annual Volley N The Valley.

The Lady Hornets’ bench cheers on their teammates. (Photo by Rick Nation)