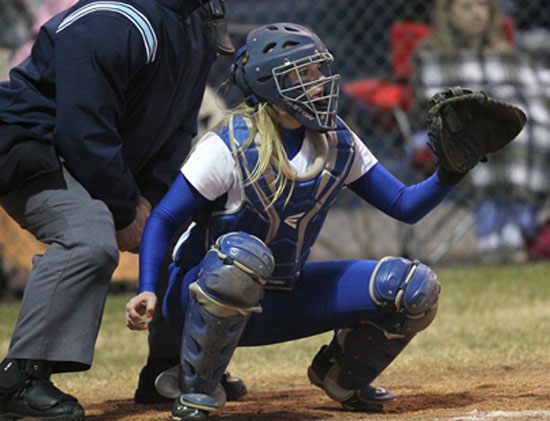 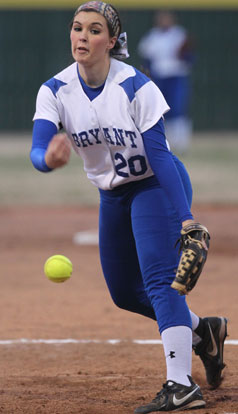 Even though the Bryant Lady Hornets defeated Sylvan Hills, 7-1, in a benefit game Thursday, the victory was not the thing about which Coach Debbie Clark was thrilled.

A benefit game is a chance to play an opponent with the proceeds going to the Arkansas Activities Association’s catastrophic fund. It basically counts as a scrimmage game and doesn’t go towards a team’s record, and some of the rules are relaxed.

Clark was particularly pleased with her two pitchers, senior Kayla Jolley and junior Jordan Williams. A change this year has paid off.

“DeAnna Ward, one of my assistants last year, has become the pitching coach,” Clark said. “She calls and charts the pitches and works them out every day. We have more pitchers now, and they feel like they are a big part of practice.”

Clark said Jolley did a good job and is still fine-tuning some things. However, she is really pleased with Williams. After a solid performance at the end of her freshman year, Williams was expected to have a great season last year. However, the hopes never panned out. Clark said Williams didn’t come back mentally prepared last season, but his year is a different story.

“I told her you’re different,” Clark said. “She said she was and that she was mentally prepared. Last year, she couldn’t pitch to her teammates. She couldn’t distinguish between a girl up their batting and one of her teammates.”

Another thing Clark noticed is that Williams walked a girl and then struck out the next batter. She said last year that wouldn’t have happened, and more walks would have occurred. Clark likes that Williams will give Jolley some competition. 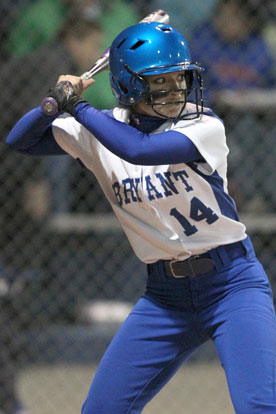 The other thing Clark was ecstatic about was the play of senior move-in Tori Hernandez from Fort Worth, Texas. Normally a third baseman, Clark needed Hernandez out in the field and tried her in centerfield where Clark says, “she looks amazing.” After sophomore catcher Julie Ward was shaken up in a collision, third baseman Katy Stillman moved to catcher and Hernandez went to third.

“She made two amazing plays,” Clark said. “If you are going to have a move-in and she is not a pitcher, then Hernandez is the type of kid coaches dream about. She brings an unbelievable attitude and is a breath of fresh air.”

Clark also noted the consistency and solid play of Stillman. The one place where Clark is still trying to figure out is left field. With three girls vying for playing time in that position, it will come down to which one can perform at the plate.

The Lady Hornets will officially open the 2014 season on Tuesday, March 4, when they host the Conway Lady Wampus Cats. 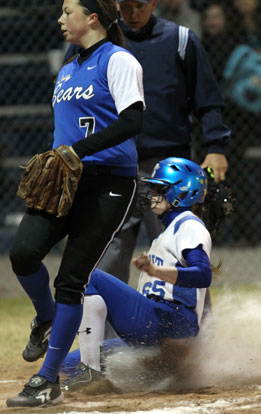