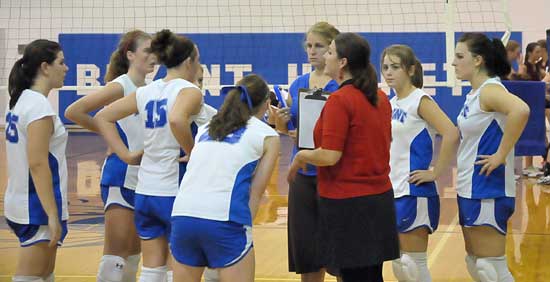 But the Benton Lady Panthers junior varsity prevailed 25-15, 25-23, in their match at Bryant’s Hornets Nest on Tuesday night.[more] 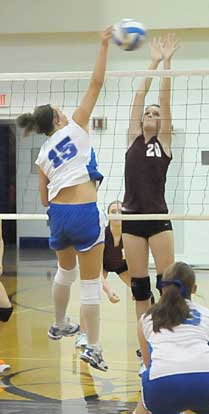 The first game of the match was tied at 11 when Benton put together a 6-0 run that was interrupted by Anderson scoring on a tip. The Lady Panthers answered with a second 6-0 stretch that Bryant couldn’t overcome.

In the second game, however, the Lady Hornets rolled out to a 7-1 lead. Three of Howell’s aces contributed to the run. Alex Boone and Anderson each had kills.

After a timeout, however, Benton rallied. The game was eventually tied at 14. Serra Prudencio gave Benton its first lead of the game since 1-0 with an ace when play resumed after a timeout. Another kill by Boone tied it at 15 then Wilson’s kill had Bryant back on top.

The Lady Hornets held a 17-16 edge with the serve but a kill by Courtland Kaufholtz tied it. Kaufholtz’ dink gave Benton the advantage and the Lady Panthers eventually led 24-20 before a kill by Boone and a pair of aces by Howell trimmed the lead to 24-23.

But a kill by Kaufholtz ended it in Benton’s favor. 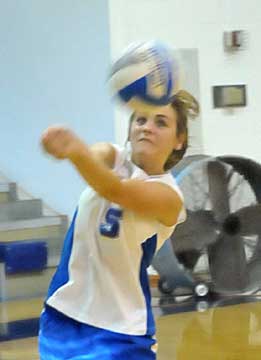 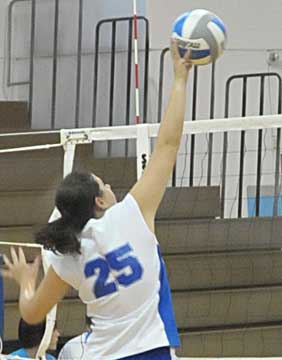