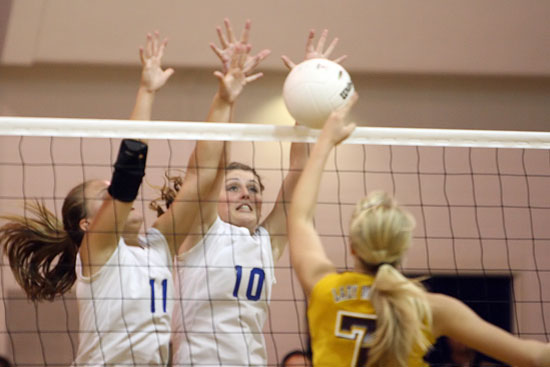 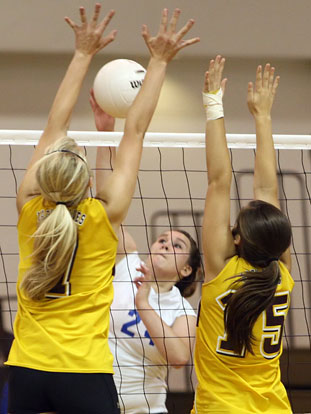 “The girls played really well tonight,” said Bryant head coach Beth Solomon. “We had some ‘down’ moments, but picked ourselves up and got it going.”

Brooke Howell finished with 11 kills in 25 attacks to lead the Lady Hornets, now 14-4-2 overall. Alyssa Anderson finished with eight kills and Courtney Davidson six. Hannah Rice set them up with 27 assists. She was also the top server with four aces getting in 13 of her 15 serves.

Davidson and Abby Staton also had strong nights at the line. Davidson was 13 of 17 but served for nine points including an ace. Staton was 13 for 13 with one ace while serving for nine points. Aubree Allen was good on 10 of her 11 serves with an ace.

“McKenzie Rice had some great hits tonight,” Solomon mentioned. “Her shoulder seems to be getting better. Hannah Rice had a great game. We can always count on Hannah to come through for us to make a spectacular save and keep the ball in play. 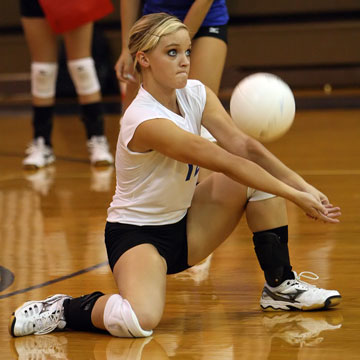 “Alyssa Anderson played very smart tonight,” she continued. “She was placing the ball and finding the holes. Brooke Howell had another amazing hitting night. Her hits seem to get stronger and stronger.”

Bryant returns to league action this Thursday at home against Little Rock Fair. 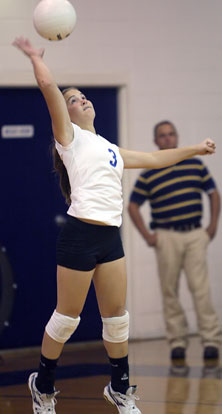 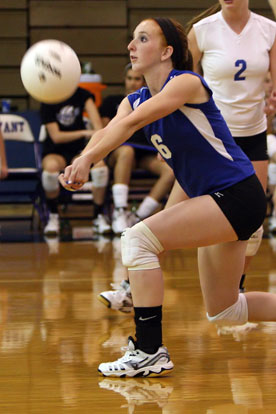 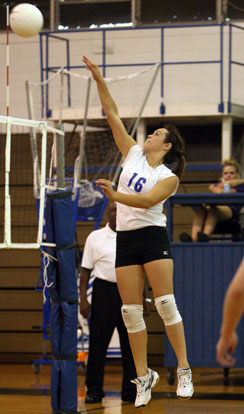 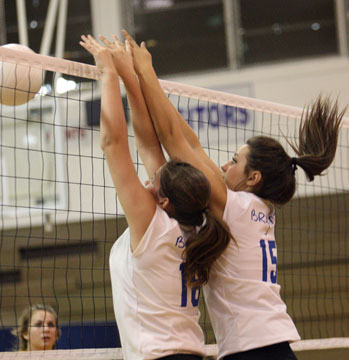