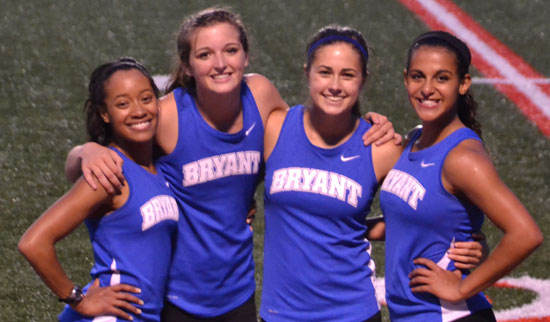 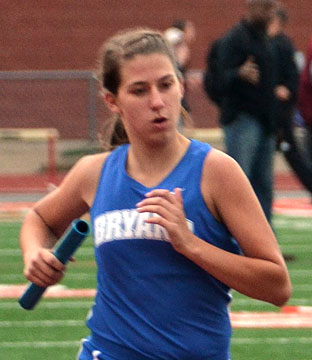 Bryant’s quartet of Jadyn Lewis, Haley Hood, Melinda Murdock, and Rachael Owens broke the long-standing school standard, finishing fourth in the event. The clocking eclipsed the record of 4:03.30 that was set in 1982. It was the oldest of any record on the board.

“Going into the meet, our main goal was to take that record down, and even though the weather was less than ideal, these ladies gave an outstanding performance,” stated Coach Danny Westbrook.

Murdock, a senior, also competed in two individual events. She took a second place medal in the 800-meter run with a time of 2:19.0. She also finished fourth in the 100-meter hurdles with a time of 15.62.

Senior Leah Ward placed eighth in the long jump with a leap of 17’0″.

Next up, Murdock, Ward, and Hood will compete in the Arkansas High School Heptathlon held at Cabot High School this Wednesday and Thursday. 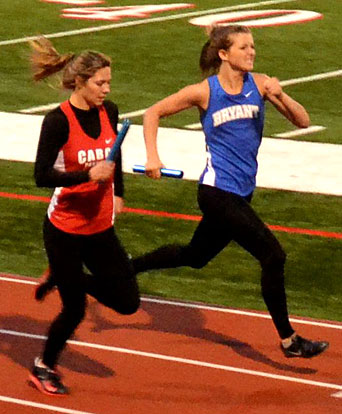 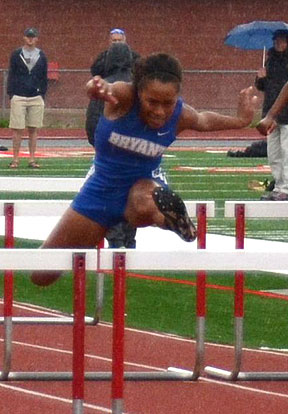 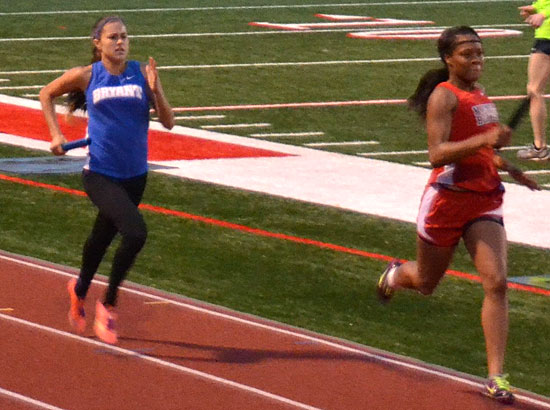