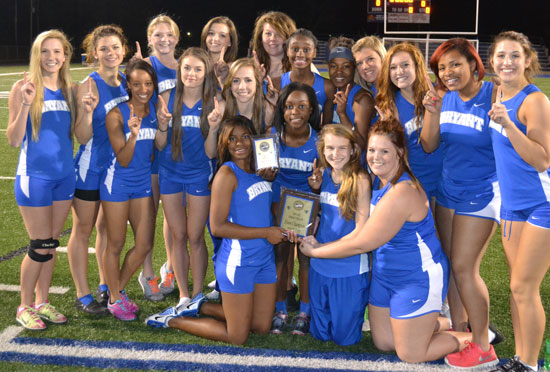 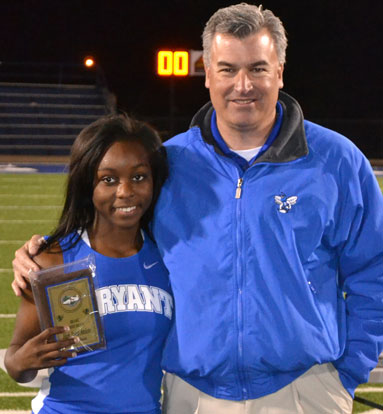 Royal’s night included first place performances in five events — including a pair of school-record efforts — plus a runner-up finish in a sixth event. In the 300-meter hurdles, she ran away from the field with a school record time of 45.8. She also took first place in the triple jump (35’11”) and the long jump (17’6”). She finished second in the 100-meter hurdles in 15.7 then capped off her night by running the anchor leg of the school record setting 4 x 100-meter relay and contributing to the winning 4 x 400-meter relay. 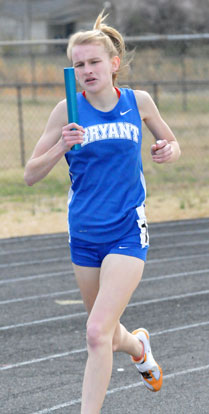 Joining in the record-breaking relay were Melinda Murdock, Fenice Boone and Gabby Allen. The quartet finished in 49.6.

“Alexis had an amazing night,” acknowledged Lady Hornets coach Danny Westbrook. “She is finally getting healthy again and is starting to look like she did before the injury she suffered last spring. This is her 11th high school high point performance and that is just an incredible feat.”

Senior Hannah Raney scored 15 points for the Lady Hornets in the distance events. She took second in the 3200-meter run (11:59) and fourth in the 1600-meter run (5:35). She was also a member of the distance medley relay team that took second place, joining Alexis Broderick, Sam Macchi and Talyn Billins producing a time of 13:32. 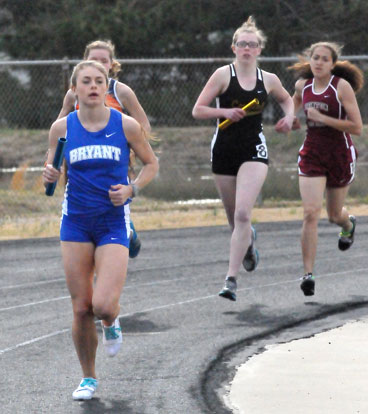 “The overall team performance we had tonight is one of the best I have ever been a part of,” Westbrook declared. “To dominate like we did in such a loaded field of teams just goes to show you the talent and tenacity we have here. These girls are talented and they work hard. That hard work paid off big time tonight.

“I would like to credit Coach Keith Dale (sprints), Coach Beth Solomon (jumps) and Coach John Orr (throws) for their huge contributions to our success,” he concluded. 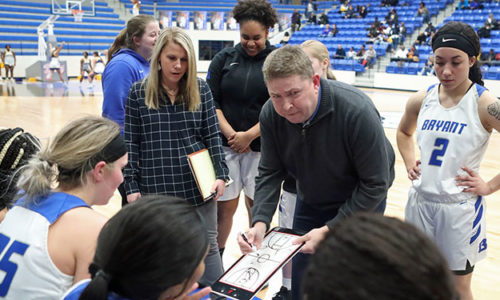 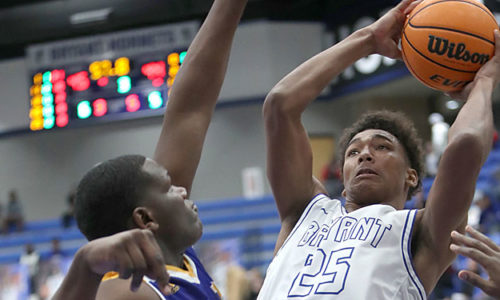