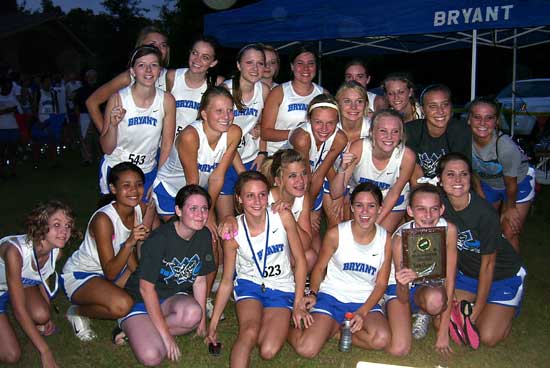 The Bryant Lady Hornets took the team championship as they kicked off the 2010 cross country season Tuesday evening with the annual Hornet Invitational held at Mills Park. 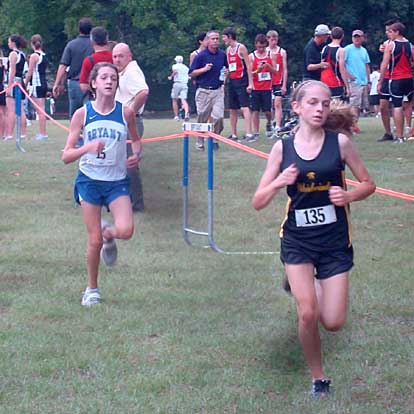 The Lady Hornets varsity finished with 48 points. Russellville was a close second with 56 points and Mount St. Mary was third with 88 points. There were 11 full teams and 146 total finishers in the race.

Sophomore Hannah Raney paced the Bryant effort, finishing third overall in a time of 20:26. Stacy Emmerling finished seventh in 22:14. Freshman Marley Adams also finished in the top 10 with a ninth place finish in 22:24.

“It was great to win our home meet,” stated Lady Hornets coach Danny Westbrook. “Russellville really surprised us and we had to dig deep at the end to come back to beat them. I thought Hannah Raney, Marley Adams, and Ashlyn Lessenberry all had great races today.”

In the junior girls division, Bryant finished with 52 points. Russellville finished runner-up with 80 points. There were eight full teams and 114 total finishers in the race.

“Our junior girls ran awesome,” Westbrook stated. “They did a great job of pack running. We only had a 28-second gap between our first and fifth scorers. Caroline Cato and all our top five did a great job.”

Bryant will be competing again this Saturday in the Conway Invitational to be held at Lake Beaverfork Park. 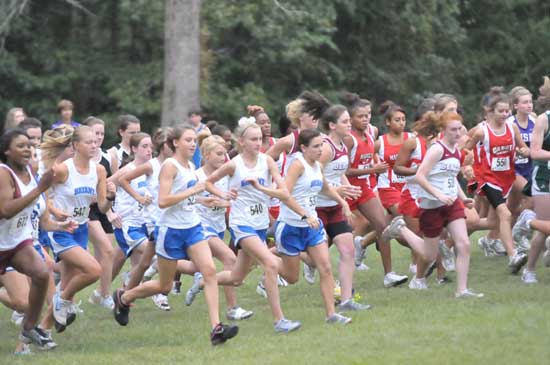