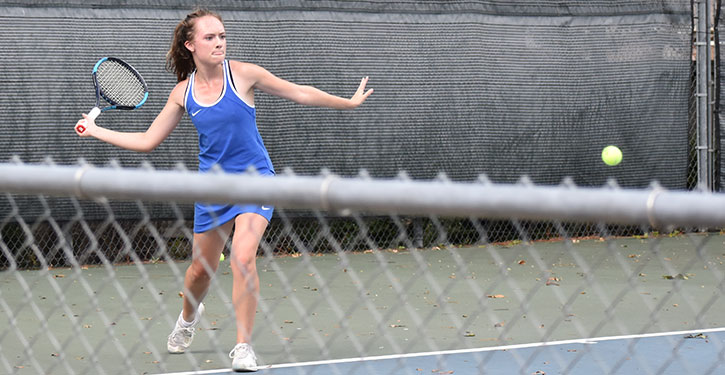 In doubles, Simone Dinstbier and Hope Hartz of Bryant prevailed 8-1 over Diya Dadlani and Sara Leder.