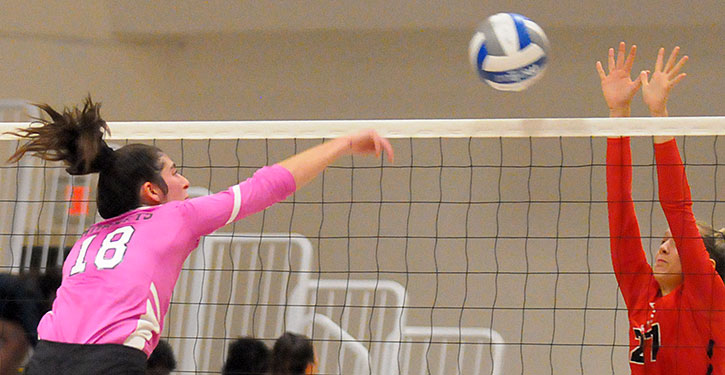 The Bryant Lady Hornets put the Cabot Lady Panthers to the test on Tuesday night at the Hornets’ Nest. But, once again, they struggled to finish and the Lady Panthers, trying to improve their seeding for the 6A State Tournament eked out a 25-21, 25-19, 27-25 victory.

Bryant is now 9-17-2 on the season. They travel to North Little Rock on Thursday then close out league play at home against Cabot on Tuesday, Oct. 22. They’ll wrap up the season with Senior Night on Thursday, Oct. 24, against Benton.

In the match with Cabot, the Lady Hornets had 27 kills. Sammy Jo Ferguson finished with eight and Ella Reynolds six. Olivia McCallister and Truli Bates had five each. Bates had two solo blocks and Reynolds had one.

Bryant was good on 89 percent of its serves but managed just six aces, two each by Sam Still and Madelyn Hoskins. Shaylee Carver contributed 16 assists. Alyssa Hernandez finished with 11.

Jaiyah Jackson came up with 16 digs. Still and Erin Thompson had nine each, Reynolds seven.