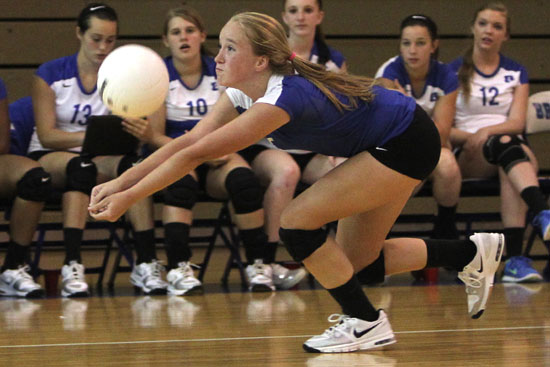 Experience tells sometimes and, on Tuesday night at the Hornets Nest, it was one of those nights as the Benton Lady Panthers swept the Bryant Lady Hornets in South Conference volleyball action, 25-11, 25-20, 25-8. 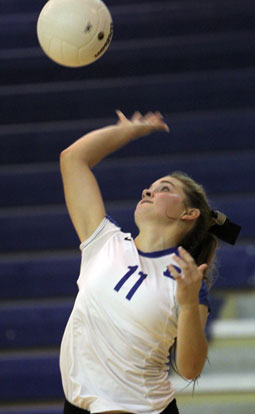 The veteran Benton varsity team, a perennial power in Class 6A, improved to 7-0 in league play. Bryant, now 3-4, is without a single senior this season and just one player that saw much time on the varsity squad a year ago.

“It was not a good night for us,” said Bryant coach Beth Solomon. “We did not play our A game by any means. We had some key players that were not on their game.”

“We have been plagued with injuries this week and had Savannah Shelton and Mariah Aguilar come in off the bench for us,” the coach noted. “They did a good job.”

Shelton served up three aces while getting all 10 of her serves in. Aguilar was 13 of 13 with an ace.

At the net, Dejai Kelley led with four kills. Aguilar, Dillard and Rylee Phillips had two each. Shelton added 12 assists and Madison Greeno and Skylar Harper came up with four digs apiece. Kaci Squires had three.

“Our JV dropped the first game then turned around and won the second two,” noted Solomon. “They had a great night. Dejai Kelley was one of our great team leaders yet again.”

The Lady Hornets varsity is now 3-4 in conference action going into a non-league match with Fountain Lake on Thursday. 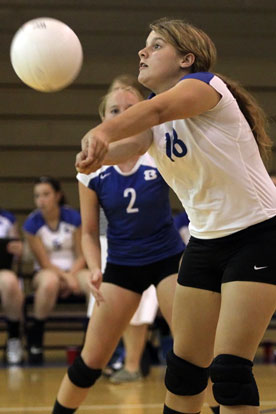