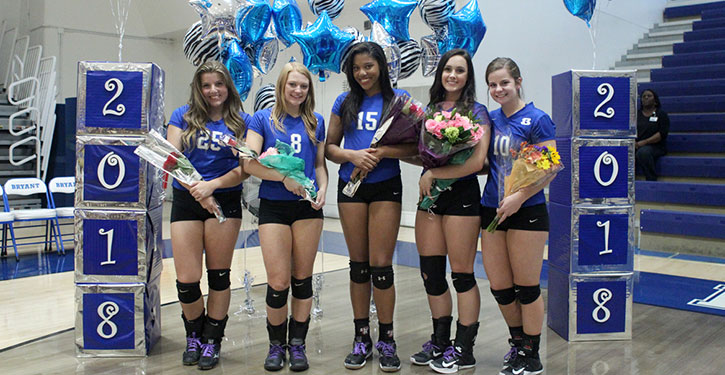 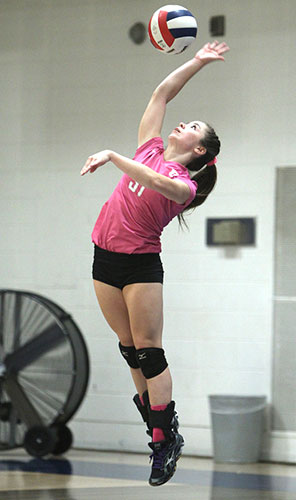 The Bryant Lady Hornets honored seniors Ashlyn Lee, Macey Loudon, Raven Loveless, Reagan Dabbs and Kyla Baker on Thursday night in their final home match of the 2017 season and, in their honor, the Lady Hornets gave the rival Benton Lady Panthers, champions of the 6A-West Conference, a royal tussle for three sets.

Bryant opens play at State in Conway next Tuesday at 4 p.m., against Fayetteville, the No. 3 seed from the 7A-West Conference.

Loveless led the Lady Hornets with 13 kills and two solo blocks while Lee posted a team-high 23 assists. Loudon was one of three Bryant servers with aces. Baker had one as well. So did junior Erin Thompson.

Cassie Ray led with seven digs. Loudon had two with Baker, Ashley Davis and Thompson adding one each. 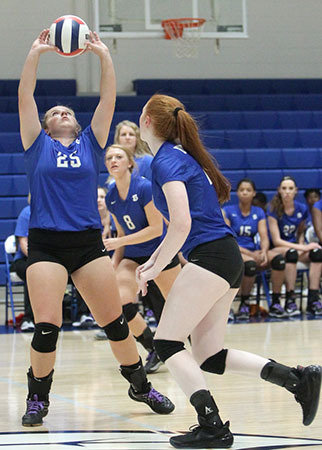 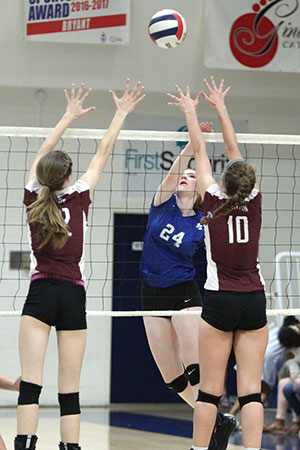