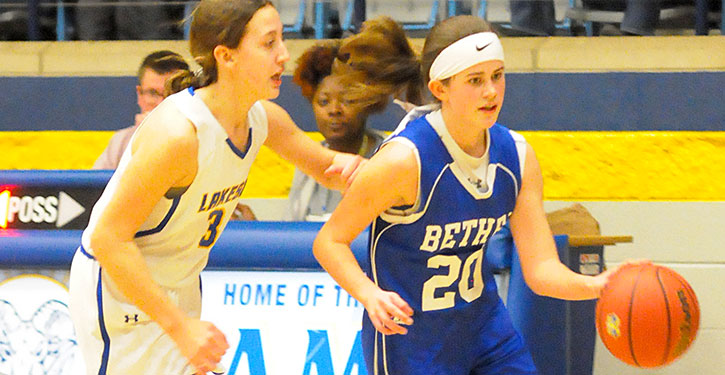 HOT SPRINGS — The Bryant Blue Lady Hornets eighth grade team of Bethel Middle School surged to a 16-8 lead in the first half, but the Hot Springs Lakeside Lady Rams rallied in the second half to pull out a 25-22 victory on Thursday night.

“It was a tale of two halves,” said Lady Hornets coach Joe Cook. “We played well defensively and got plenty of scoring opportunities in the first half but did not execute well on either end of the floor the second half.”

Bethel still led 20-18 going into the fourth quarter but the Lady Hornets were held to just 2 points in the final period.

Now 6-6 on the season, the Lady Hornets will host Cabot South on Tuesday, Jan. 29 then wrap up the season in the first week of February with a trip to North Little Rock and a final home contest against Cabot North.