Lakewood’s early success too much for Bryant Blue to overcome 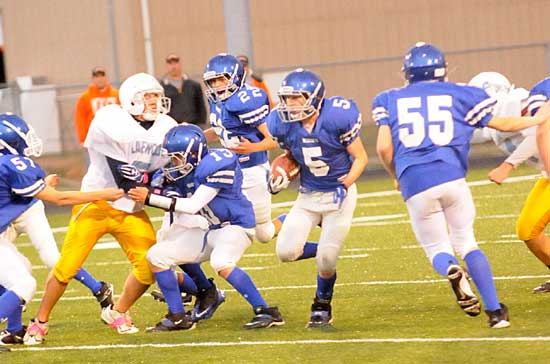 Shut out at halftime, the Bryant Blue Hornets eighth grade team of Bethel Middle School got a[more] spark from back-up quarterback Gunnar Burks to start the second half on Tuesday against Lakewood of North Little Rock. Burks got the Hornets on the board with a 10-yard touchdown run.

Bryant Blue was unable to cash in after that, however, and Lakewood escaped Bryant Stadium with a 24-8 win.

“We came out flat early on and dug ourselves a hole,” mentioned Bethel coach Donavan Sims. “We had a couple of opportunities in the second half to close the gap but drives were stalled due to penalties and sacks.”

Jordan Gentry rushed for 15 yards on four carries and ran in a two-point conversion while Nick Hardin caught three passes for 38 yards. Liam Miller hauled in three throws for 25 yards.

“Overall, we had about 100 yards of total offense,” Sims mentioned.

The Hornets, 3-3 overall, were off until traveling to Little Rock Episcopal on Thursday, Oct. 27. 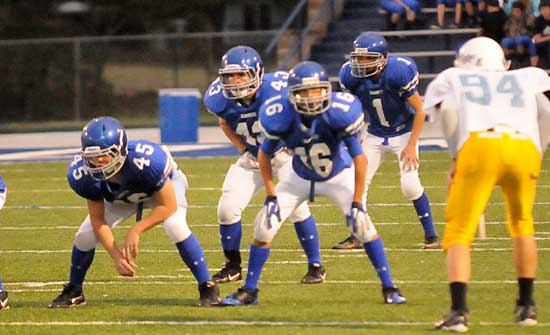