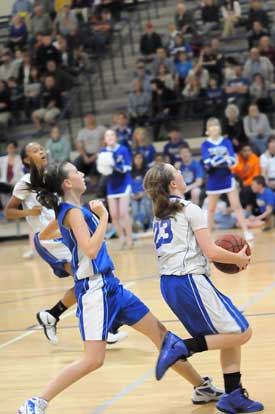 “Wow! What a great way to end our season,” declared Bryant White coach DeAnna Ward. “The girls did a fantastic job.”

“Our eighth grade girls were a great group of kids and I enjoyed being around them every day,” stated Bryant Blue coach Rhonda Hall. “I hope to see them all in a Lady Hornets basketball uniform in the years ahead. They played extremely hard in the game and left it all on the floor, which is all I can ask for.” 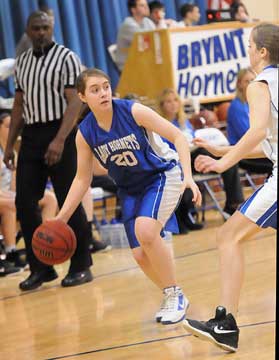 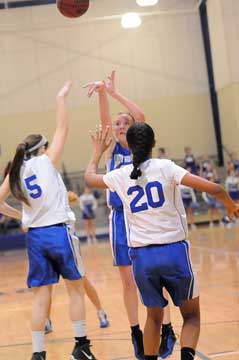