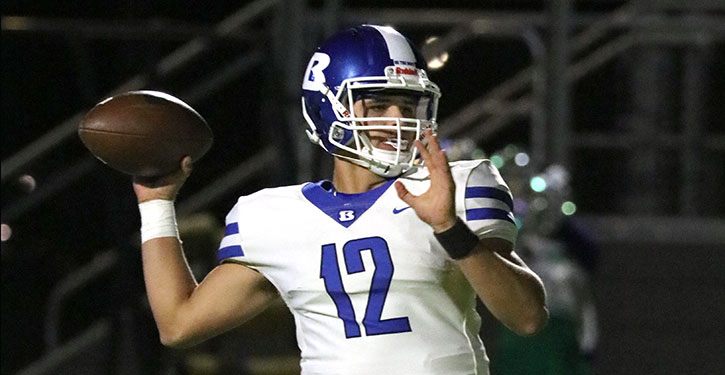 Ledbetter named Offensive Player of the Year by Farm Bureau

LITTLE ROCK – Bryant senior quarterback Austin Ledbetter has been named the 7A/6A Offensive Player of the Year as part of the 2020 Farm Bureau Insurance Awards.

While leading the Hornets to their third consecutive 7A State championship and a 13-0 record, Ledbetter passed for 3,086 yards and 41 touchdowns. He was 173 of 269 (64%) with just five interceptions. He rushed for another 181 yards and two scores.

The Farm Bureau Insurance Awards honor Arkansas’ top offensive player, defensive player and coach of the year for each classification. The veteran staff at Hooten’s Arkansas Football selected three finalists for each category, and those 45 finalists and their families were invited to attend the Farm Bureau Insurance Awards, held virtually for the first time this year Monday night.

Farm Bureau Insurance has supported education and community involvement in Arkansas for more than 70 years.