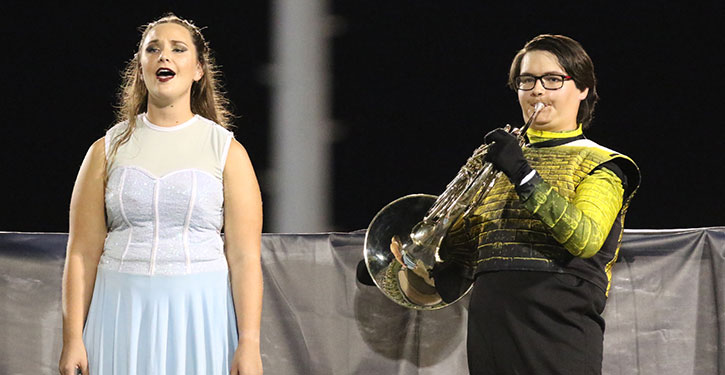 For more photos of this event, go here

The Legacy of Bryant Marching Band performed their competition routine at halftime of Friday night’s football game between the Hornets and the Catholic Rockets.