Lightning probably cause of fire at Family Church Bryant 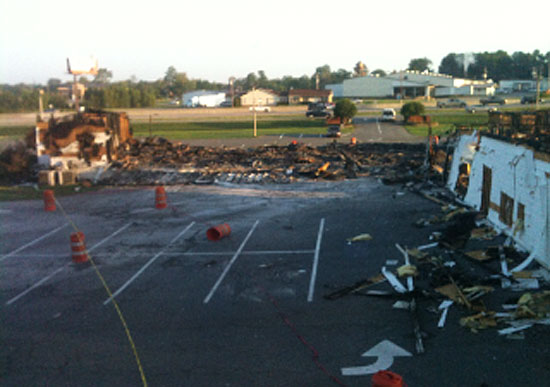 The final remnants of Tropical Storm Isaac were felt a little harder at Family Church Bryant off[more] of I-30 over the holiday weekend. 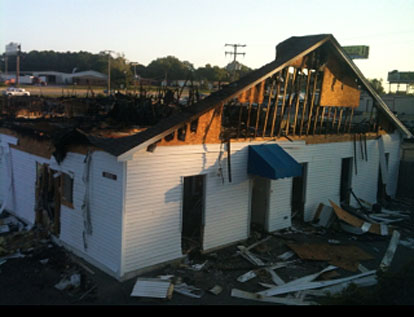 When thunderstorms from Isaac pushed through Saline County on Saturday night, lightning reportedly struck the TNT building on the front half, igniting it into flames that eventually overtook the majority of the building and resulted in a total loss.

Church went on as planned on Sunday and school, preschool, and office operations resumed today. Plans for rebuilding have not yet been officially announced. 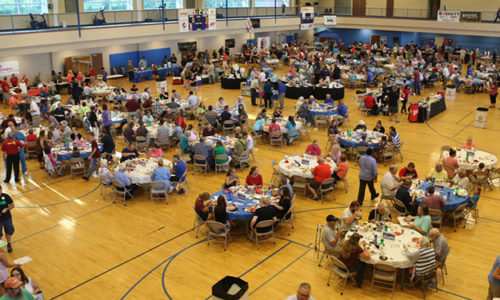