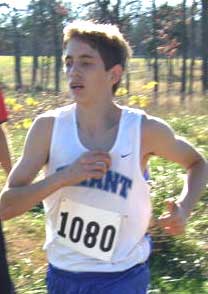 Bryant’s all-State performers Luke Lindsley and Hannah Raney will be among those representing Arkansas in the 15th annual Arkansas/Oklahoma High School All-Star Invitational cross country race to be held at the University of Arkansas in Fayetteville on Saturday, Nov. 14.

The event pits the top 25 cross country athletes from each state in a head-to-head challenge race. The top nine finishers from each state are scored as opposed to the traditional five scorers. Medals will be awarded to the top 25 finishers in each race. Each member of the winning team (Arkansas or Oklahoma) will also receive a medal.[more]

The girls race will begin at 11:30 a.m., with the boys starting at noon. The competition will be on a 5K course.

See attached files for rosters for the Arkansas teams.