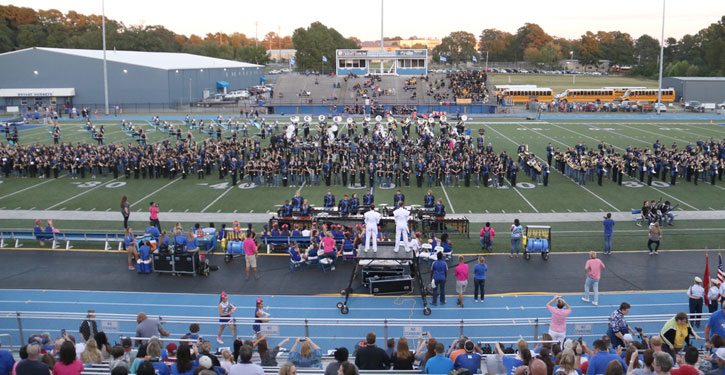 The band program of the Bryant School District was on display Friday night when the junior high and high school bands combined on a couple of tunes as part of the annual Mass Band Night before the football game between the Hornets and the Little Rock Central Tigers. Over 1,400 students are in the band program from sixth through 12th grade. About 1,000 of those were on the field on Friday.