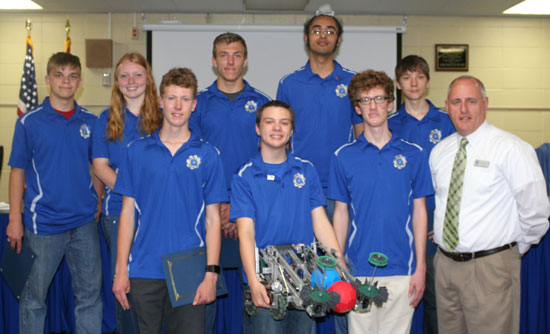 Mark McDougal, District Technology Administrator, updated the Bryant Board of Education regarding the expansion project at Davis Elementary School. Requests for additional bathrooms, storage and traffic solutions are being considered in the plans. The next step is to bring a list of recommendations for construction manager to the board for interviews.

During the May 19 meeting, the board also discussed changes for the 2014-15 school year.

The Board approved requests for additional personnel: fifth grade teacher at Hurricane Creek Elementary; transportation secretary/bus driver; and a second Head Cross Country stipend. They also approved increasing the pay for substitute bus drivers. Transportation Director Tom Farmer proposed paying district employees currently under contract based on their years of experience. The hourly rate for substitute bus drivers would average $17.48, up from $13.50, costing the district about $4,000 per year.

The Board also approved an increase of five cents on breakfast and lunch prices for the 2014-15 school year. The increase was suggested according to the Arkansas Department of Education Paid Lunch Equity Tool, said Gay Sellers, Food Service Director.

In the plan to widen Aloca Road, the county has made an offer of $39,500 to purchase a right of way on the Hurricane Creek Elementary property. Board members expressed concern that the offer would not cover the actual costs of relocating the electric sign and gate plus make necessary adjustments for pavement and electrical work. The Board asked for estimates to determine if the amount was enough to recompense the District for the property.

The Bryant High School HEAT (Hornet Engineering And Technology) robotics team was recognized at the beginning of the meeting for competing in their second Vex World Championship. Katrina Cox, ESL Director, shared highlights from La Fiesta de Amistad (Friendship Festival), which was the first District-wide event to celebrate Hispanic culture.