Miners JV comes from behind to top Bryant sophomores 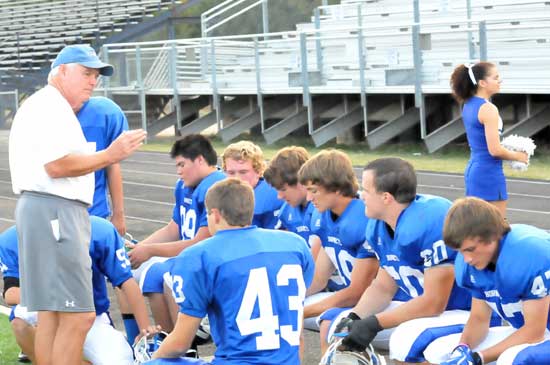 The Bauxite Miners junior varsity team rallied in the fourth quarter to capture an emotional 24-18 win over[more] the Bryant Hornets sophomore team at Bryant Stadium Monday night. The difference in the game proved to be conversions. The Miners converted after each of their three touchdowns while Bryant couldn’t manage it on any of their three scores. 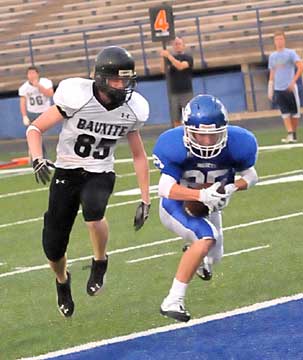 Bryant held an 18-8 lead early in the third quarter before Bauxite’s comeback.

With sophomore running back Aaron Leonard out with an injury and the other backs playing at Lakeside in a JV game, the Bryant coaches had to improvise.

“I was really proud of Jake Johnson and Davis Nossaman,” Jones said. “We talked about playing running back to those two guys for about 20 minutes after school then they went in there and played extremely well. They really did. Jake ran the ball hard. Davis ran the ball hard. They did a good job of picking up the blitz. Bauxite was bringing a lot of people. To be just on-the-fly learning to play running back, they did a good job. 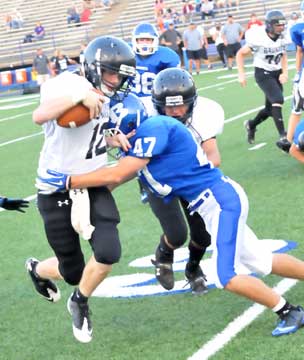 Bryant scored first in the second quarter on a 15-yard pass from Devonte Howard to Vail. The try for two failed.

Bauxite followed up with a 70-yard drive for a score and added a two-point conversion to make it 8-6.

Just before the half, the Hornets regained the lead on a 56-yard touchdown pass from Howard to Vail, who got open on a deep post.

“Austin caught it, made the safety miss,” Jones recounted. “The corner had the angle on him down about the 6 or 7 but he made another good move and ended up scoring on it."

Again, however, the conversion was missed and the Hornets took a 12-8 lead.

Bauxite threatened to regain the lead before the half, reaching the Bryant 30. Nossaman, who returned a pick for a touchdown in a JV game earlier this season, intercepted a pass and returned it deep into Bauxite territory as time expired. 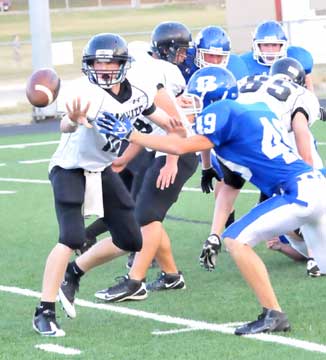 In addition, Austin May recovered a fumble for the Hornets in the first half.

To start the second half, the Hornets drove for another score. Davonte Howard got it in the end zone on a 7-yard run to make it 18-8.

The Miners answered, cutting the lead to 18-16.

“We failed to convert on a third-and-5 and had to punt to them,” Jones said of the next series. “They went down and scored again to make it 24-18 with about 2:12 left to play. We had two timeouts and we drove to about the 40 but, on a fourth-and-5, we dropped a pass that would’ve kept the chains moving. We had to turn it over to them on downs and they ran the clock out.”

The game was the last for just the sophomores. They’ll join the junior varsity for a game at Benton on Monday, Oct. 17. 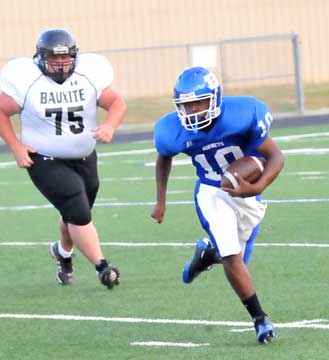