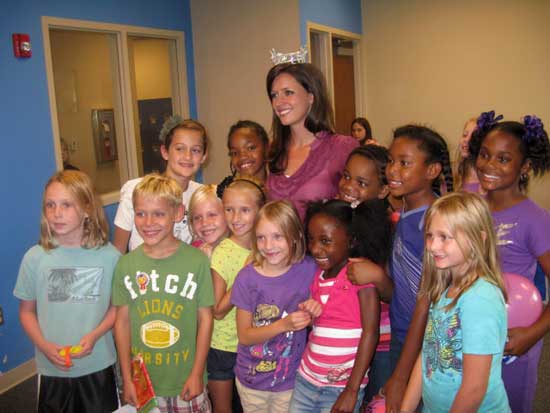 Miss Arkansas Kristen Glover recently visited the Teen Center at the Boys and Girls Club of Bryant. Glover[more] played a music game, signed autographs, posed for photographs and shared with the teens about making smart choices and the value of having a mentor in their lives. As Miss Arkansas, Glover serves as an advocate for teenagers in crisis through her program “Second Chances Through Mentoring.”

“We were so excited to have Kristen take time to visit with our kids,” Suzanne Passmore, Executive Director, said. “Many of our youth may never have an opportunity to meet someone serving in such a special role, representing our great state. It was truly an honor to have her here and make such a lasting and positive impression on our youth.”

The Bryant club serves more than 500 area youth each day during the after-school program and has served thousands more in the community since opening in 2004. Hosting guest speakers like Miss Arkansas is one of many ways the club encourages youth to be positive and productive members in their communities.

“Speaking to those students has been one of my most valuable experiences,” Glover said. “I loved visiting the Boys and Girls Club in Bryant and I am thankful for their service that is making an impact on my generation.” 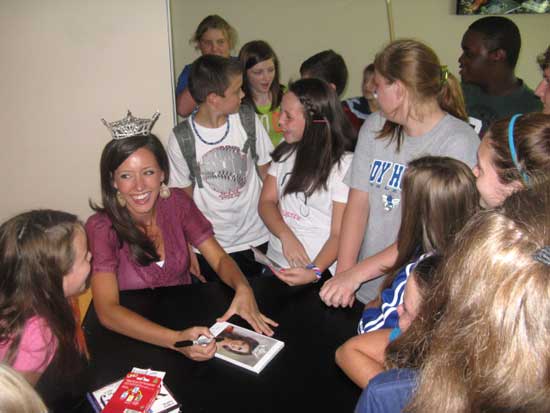