Three-time Olympic gold medal swimmer Rowdy Gaines was at Bishop Park Wednesday to[more] speak to the members of the Bryant High School swim team and to hold a clinic for youth swimmers in the area.
Now a motivational speaker, Gaines is a member of the U.S. Olympic Hall of Fame and the International Swimming Hall of Fame and served as a swimming analyst on ESPN and NBC during the 2012 Summer Olympics in London.
Still a competitive swimmer, Gaines talked to the BHS team about conquering obstacles through determination and hard work. 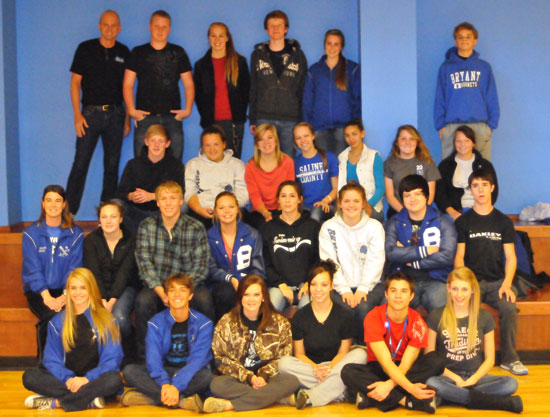