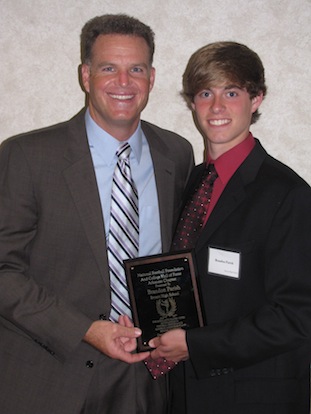 Each year this award is given to athletes who are a scholastic player voted outstanding in football performance, academic achievement and school leadership. This award was presented at a luncheon Saturday, April 3, hosted by Steve Sullivan.