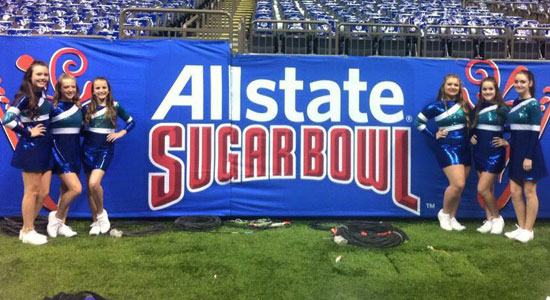 Performance at the Sugar Bowl halftime 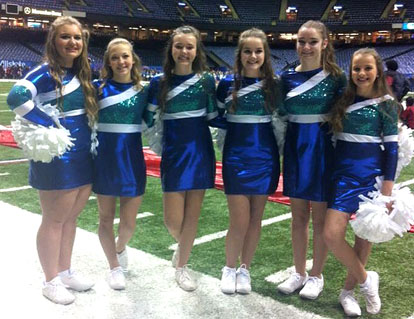 The dancers spent five days in New Orleans. Their days were spent in rehearsal and Master Class with show choreographer Cris Judd. Evenings included a dinner cruise aboard the Steamboat Natchez and a New Year’s Eve Masquerade Ball. During their free time they were able to take in the sights of New Orleans.

The highlight of the trip was when the girls joined other dancers selected from across America to present a very special halftime finale performance. The dance was a salute to the King of Swing, Louis Prima, who was born and raised in New Orleans. Judd choreographed the dance to Prima’s hits “Sing, Sing, Sing” and “Jump, Jive and Wail.”