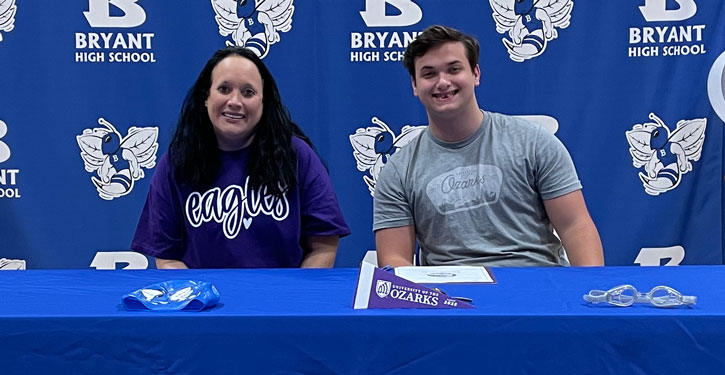 Tyler Peters, a senior on the Bryant High School swim team, signed to continue his academic and athletic endeavors at the University of the Ozarks in Clarksville on Thursday.

“I’m sad to see him go, actually, and graduate, but I’m glad that he’s going to continue his swimming,” she added.

A four-year letterman, Peters made it to State each of the last three seasons. As a six-year member of the Barracudas in the Central Arkansas Swim League, he has qualified for the Meet of Champs every year and won the high point award in 2018 and 2019. (Due to Covid, there was no Meet of Champs in 2020.)

As a member of the Legacy of Bryant high school band, Peters plays the French horn and the mellophone. He’s maintained a 3.2 GPA.

“You know he has to budget his time,” Dale noted. “I look forward to seeing what he’ll do with his college degree.”