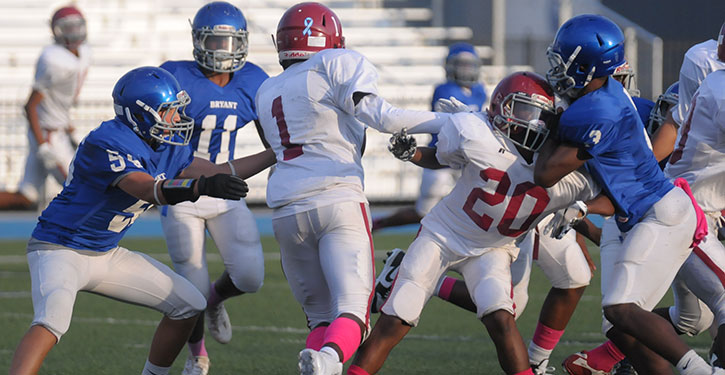 The Bryant White Hornets eighth grade football team from Bryant Junior High absorbed their first loss of the season on Thursday night at the hands of the Pine Bluff eighth grade team, 30-14, at Bryant Stadium.

The White Hornets are now 3-1 going into next Thursday’s showdown against Bryant Blue in the annual Hornet Bowl.

“It was a tough loss, but we are proud of our effort,” said Hornets coach Russell Wortham. “We will need to execute better next week as we go into the Hornet Bowl. We will need a good week of practice as we prepare. It will be a good game to prepare for.”

The Hornets’ points came on a 4-yard touchdown run by James Martin. Gary Rideout ran in the two-point conversion.