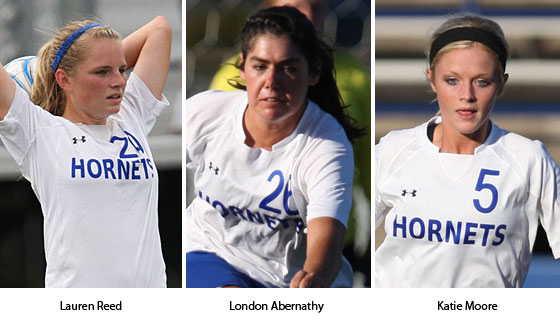 Bryant Lady Hornets seniors Lauren Reed, London Abernathy and Katie Moore have been named to[more] the Class 7A all-State soccer team by the coaches of the 7A-Central Conference.

In addition, Moore and senior goalkeeper Kaitlyn Miller have been chosen to play in the 2012 Arkansas High School Coaches Association All-Star game, which will also include Lady Hornets head coach Julie Long as an assistant for the East squad. The game will be played Tuesday, June 19, at Razorback Field on the campus of the University of Arkansas at Fayetteville.

Bryant senior Maggie Hart was named to the all-State Tournament team for her play in the team’s Class 7A State tourney game against Fayetteville. She and Miller, along with Shelby Gartrell, Lexie Balisterri and Lyndsey Brazil were named all-conference with Rori Whittaker earning all-conference honorable mention. 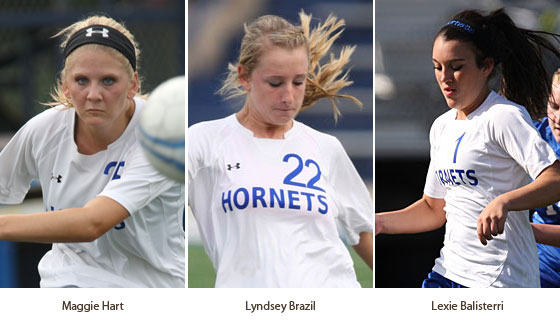 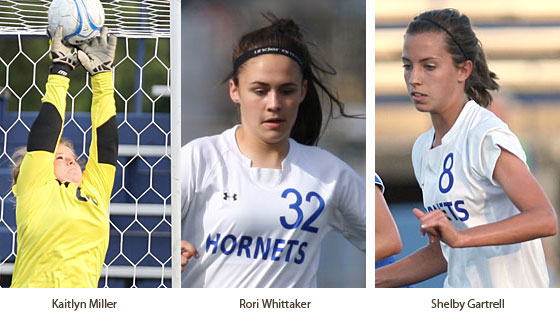