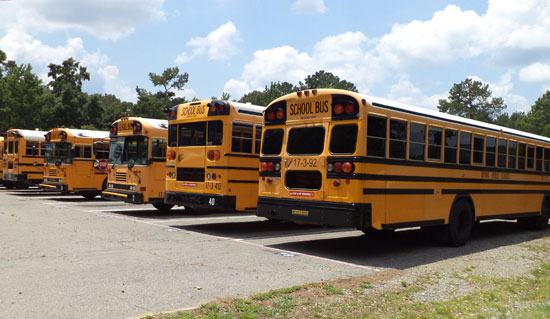 It has been a couple of months since Saline County motorists have shared the streets, roadways and highways with big, yellow school buses.

With school staring on Monday, Aug. 18, the Bryant School District wants to remind motorists to obey all traffic laws whenever they are near a school bus. Drivers should also be reminded that it is illegal to pass a stopped school bus whenever its red lights are flashing and students are getting on or off a bus. The district is actively supporting and participating in the statewide B.U.S. (Be aware. U stay alert. So kids don’t get hurt) Awareness campaign, which begins is now underway through Aug. 29.

“We want to ask drivers to be careful and patient whenever they are near or around a school bus,” he said. “Our bus drivers take the safety of our students very seriously… so should other drivers.”

For the past two years, Farmer has been instrumental in getting local school districts on board and working with the Arkansas Department of Education to support the program.

“School bus safety is an important issue in every Arkansas community, and we must all work together to make sure students travel safely to and from school and school-related activities each day,” he emphasized. Everett Buick GMC is the premier sponsor of the state-wide safety campaign.