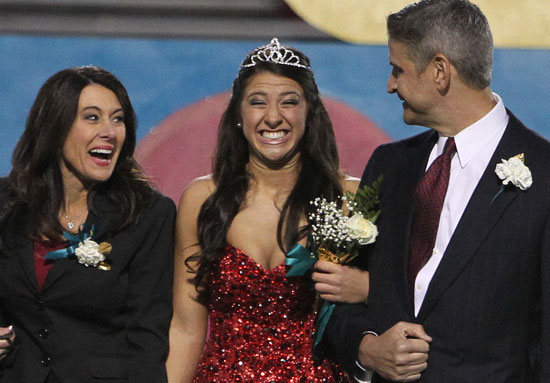 Senior Leah Ward, flanked by her parents, reacts as she hears the announcement that she had been chosen Homecoming Queen for 2013 prior to the Bryant Hornets’ game against the Texarkana Razorbacks Friday night. 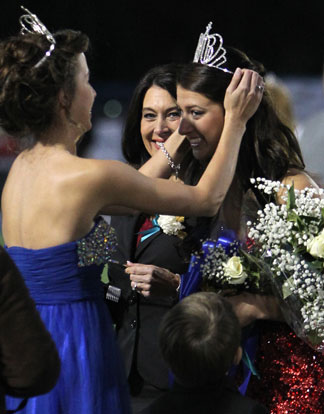