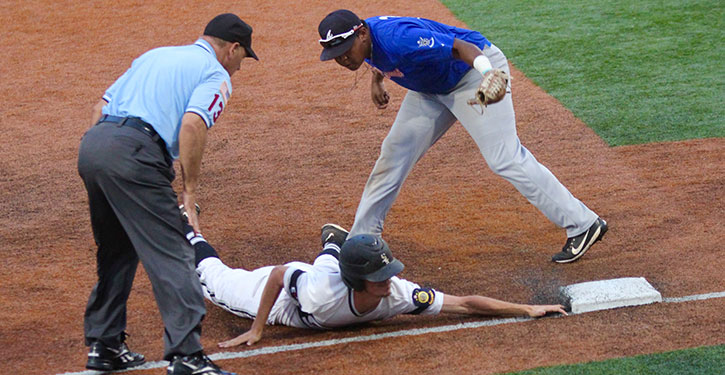 The core of the Bryant Black Sox Senior American Legion baseball team won’t be competing for national honors for the first time today at 3:30 p.m., when they open pool play at the 2017 Legion World Series against Western Regional champion Lewiston, Idaho, at Keeter Stadium.

Those teams excelled throughout the Bryant Athletic Association youth program. And, sprinkled in among those players are others who contributed to Regional qualifiers and State champions along with contributing to the extraordinarily successful Bryant High School has enjoyed in recent years including a 2016 Class 7A State title and a 2017 semifinal team that surprised a lot of folks after so many of the 2016 players graduated.

In addition, the Sox have, in recent years, been playing in regional tournaments and showcases, often against non-Legion teams. This summer, they went to Atlanta, Fort Smith, Fayetteville, Memphis and Springfield. And they excelled.

So, don’t expect the Black Sox to be awed as they attempt to be the second Arkansas team in a row to win the Series after no team from the state has won a national title in the history of Arkansas American Legion baseball, dating back into the 1920’s.

And never count them out. They had to battle out of the losers’ bracket to win the Senior State Tournament as well as the Mid-South Regional, both after losing the winners’ bracket final to the team they eventually beat for the championship. (Texarkana for State; Ada, Okla., for Regionals.)

Bryant is 39-7 this season. The team’s only in-state losses were a 3-2 setback at Cabot early in the summer then a pair of 6-1 decisions against Texarkana, the defending World Series champion. One of those was in the first game of a regular-season doubleheader on July 11, the other was the State tourney meeting on July 28.

Clutch hitting, small ball and defensive execution along with a deep, solid pitching staff have been key to the Sox’ success.