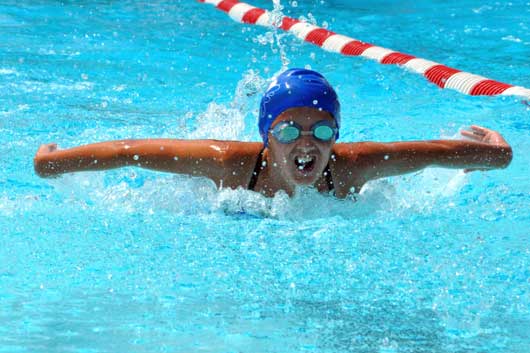 The Central Arkansas Swim Club recently participated in the 46th annual Bob Courtway Fall Invitational. The swim club known as “The Racers” only had two days of practice leading up the event that was held Oct. 9-10 took place at Hendrix College in Conway.

The Racers finished second marking the one-year anniversary of the first official swim meet for the newly formed Racers. Last year at this event they finished fifth. So, much improvement has been seen over the very effective first year.[more]

The top three positions in each age category receive trophies. The Racers brought home six. Brooke Smothers scored 41 points to claim the high point ranking in the 8 & Under Girls division. She was followed very closely by Allie Rogers, 34 points in second place. Jacob Boshears placed second in the 8 & Under Boys division with 38 points. In the 9-10 Girls, Audrey Guyett scored 33 points to claim second place. Lee Smothers led the 11-12 Boys with 43 points with Joseph Boshears in second with 34.

Team representative Jill Dabbs commented, “The swimmers of the meet were Rebekah Pharr who dropped over 40 seconds on all of her events combined. Rachel Falkner had three best times for State and Justine Tazelaar was so close to the Sectionals cut.”

Taylor Elder and Alexis McCauley shaved a lot of time off of their individual bests. Jenna and Luke Jamison, Nicole Guyett, Kelsie Vaughn, Jordan Woodson all had a good meet. Lee Smothers, Joseph Boshears, and Jacob Toland finished 1-2-3 in their 50 freestyle event.

Jax Hopkins showed some toughness. He had a purple eye before the race, but still made it to the meet and showed some real heart, Dabbs said. Morgan Smiatek swam well in the 50 freestyle. David Allen, Amanda Butler, and Brent Heil swam very well. The Lorio family: Adam, Andrew and Avery, each swam hard and gave their all in each event, Dabbs added. Abigail Rhodes had an outstanding 100 IM, and scored five points for the team. 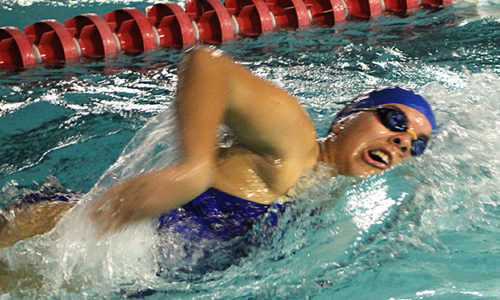 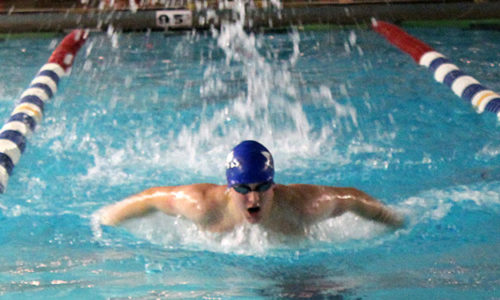