FAYETTEVILLE — The Bryant Lady Hornet track team kicked off their 2009 season Saturday at the ATCA Indoor Track Invitational held at the Tyson Track Center in Fayetteville.

The short-handed Lady Hornets scored 19 points to finish eighth in the team competition. Bentonville won the meet with 127 points, followed by Mansfield with 87, and then Fayetteville with 81 points. There were 23 teams in the meet.

Kayla Davidson’s throw of 31’2” garnered a fifth-place finish in the shot while Ashley Petz covered 15’4” in the long jump to take seventh.

“I was really proud of all our girls who competed,” commented Lady Hornets coach Danny Westbrook. “We had several girls missing. Some team members were taking the ACT test and we also have several team members who are cheerleaders. The cheerleaders were in Orlando for the national competition.

“I truly believe at the state meet in three weeks when we have our full team competing, we will be able to score a lot more points,” Westbrook concluded. 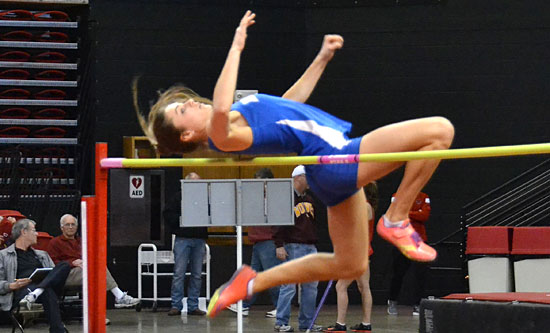