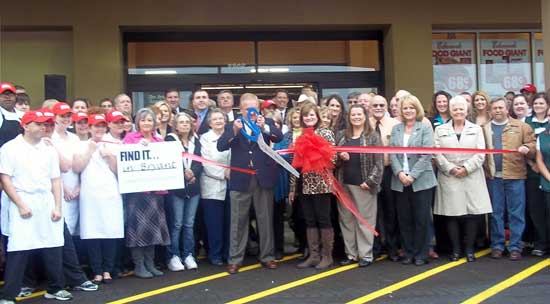 The Bryant Area Chamber of Commerece hosted a Ribbon Cutting for the new Edwards' Food Giant on[more] Reynolds Road. The Grand Opening was attended by the Edwards family with Steve Edwards and his wife Laura cutting the ribbon. Mayor Jill Dabbs and the entire Bryant City Council were in attendance as well as all the employees of the new Food Giant. Roya Lloyd and the Ambassador Committee from the Chamber were also on hand to welcome the grocery to the neighborhood.